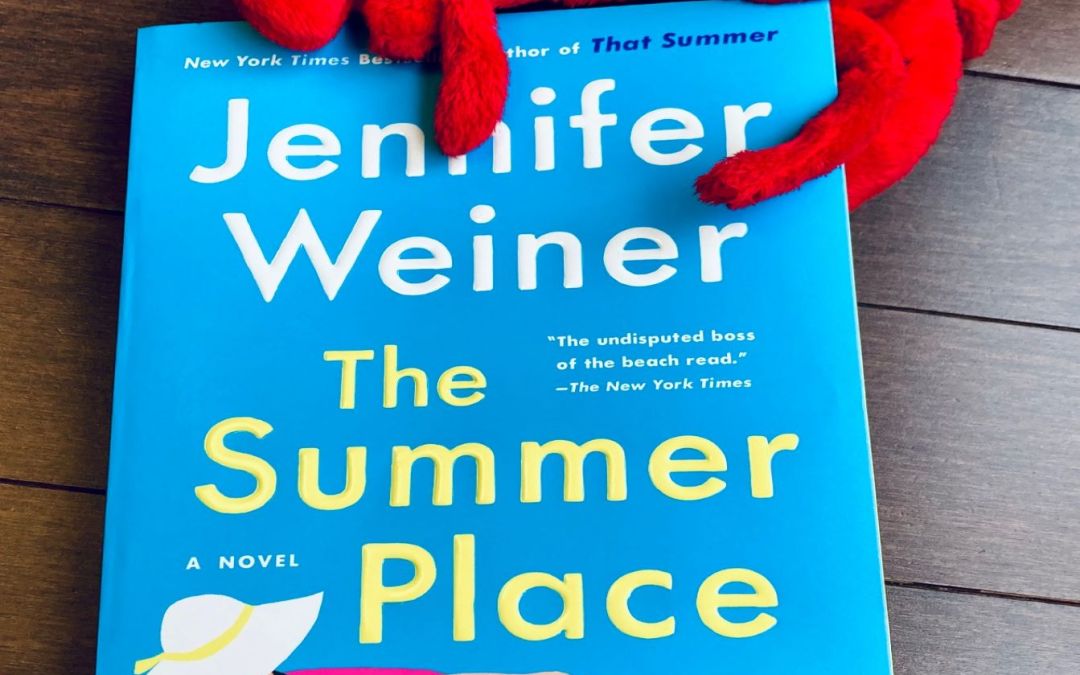 The blurb on the cover of Jennifer Weiner’s latest book The Summer Place reads “The undisputed boss of the beach read” (The New York Times), and based on the drawing of a woman lazily floating around in a hot pink inflatable doughnut on the water, all signs point to this being a light read. It’s hard to not know who Jennifer Weiner is, her books are incredibly popular, especially around this time of year when we are all ready to dive into something a little fluffy. But this was the first time I had read any of her novels, and based on all the hype surrounding her I was hoping for something a little more awe-inspiring. It was a pleasant plot driven novel to be sure, but the storytelling was a bit lackluster for me.

Sarah is the happy stepmother to 20ish year-old Ruby and married to Eli, a periodontist whose wife left him and Ruby when she was a baby. Ruby has just announced her surprise engagement and wedding, set very soon at her grandmother Ronnie’s beach house in Cape Cod. Sarah is worried Ruby is too young to get married, but Eli has been so preoccupied since the pandemic began that she has no one to confide in about this. Meanwhile, Sarah’s mother Veronica is preparing the beach house for the wedding, but receives some bad news about her health and is determined to keep it to herself until after Ruby’s big day. The entire extended family is set to descend on Cape Cod, including Sam, Sarah’s brother who is in the midst of a personal life crisis himself. With each chapter being told through the first person perspective of each character, we get a glimpse into the interior lives of each, and because many are withholding secrets from the rest of the family, it’s a novel filled with missed communications and unlikely coincidences. Without fully exploring the consequences of this theme, the one act that seems to tie each character together is infidelity; almost everyone seems to have experienced, or had an affair outside of their marriage or long-term relationship.

I fear my expectations may have been unfairly high for this one, which is why it’s easier for me to pick out what I didn’t like about this book, rather than what made it work. First off, it’s quite long, 414 pages, and it’s drawn out to this length due to the revelations withheld between characters. The majority of the secrets are already known to the reader, so it was an artificial build-up of tension leading to the big wedding day in Cape Cod. My biggest complaint about this book was the coincidences, and the stark unlikelihood of them occurring in real life. Yes, these types of flukes are needed in a plot driven novel such as this, but when they begin to stack on top of one another, it gets even harder as a reader to trust the author without an occasional eye roll. Now that I’ve gotten my complaints out the way…

My favourite character Ronnie is a writer herself, achieving huge success with two novels. The story of her getting published appealed to my undying love of books about books and publishing, and I think it reflected a bit of what Weiner herself may have felt when she began writing:

“Attempting to change the kind of voice in which you wrote, or the subjects that interested you, she’d finally decided, was like trying to change your blood type. Instead of trying to turn herself into the kind of writer she would never be, she had decided to write in her own voice and tell the story that kept talking to her, urging her on; the one that made her both a writer and a reader, eager to see what would happen next.”

Weiner’s books are the perfect example of women’s contemporary fiction (commonly known as chick lit), and she is likely one of the bestselling novelists writing today. Some literary authors may be embarrassed to write a book labelled a beach read, but Weiner is laughing all the way to the bank, and the above quote seems to suggest that instead of writing what’s going to make money, or bring her awards, she’s simply writing in her own voice, which is the most authentic way an author can publish – and for this I applaud her because she’s not only making herself happy, she’s delighting her millions of fans. The above quote also touches upon why her books are so popular – people get drawn into the plot, and they want to know what happens next! I can’t think of any better compliment for a book or its author So despite my annoyances with the coincidences, I know many others will delight in this book. And I’ll likely give another Weiner book a try in the future; I want to know what happens next too.