Not bad for a first novel, not bad at all: that was my overall impression of One Night, Markovitch by Ayelet Gundar-Goshen. It’s part of  House of Anansi’s foreign fiction imprint Anansi International, and was translated from the Hebrew by Sondra Silverston. 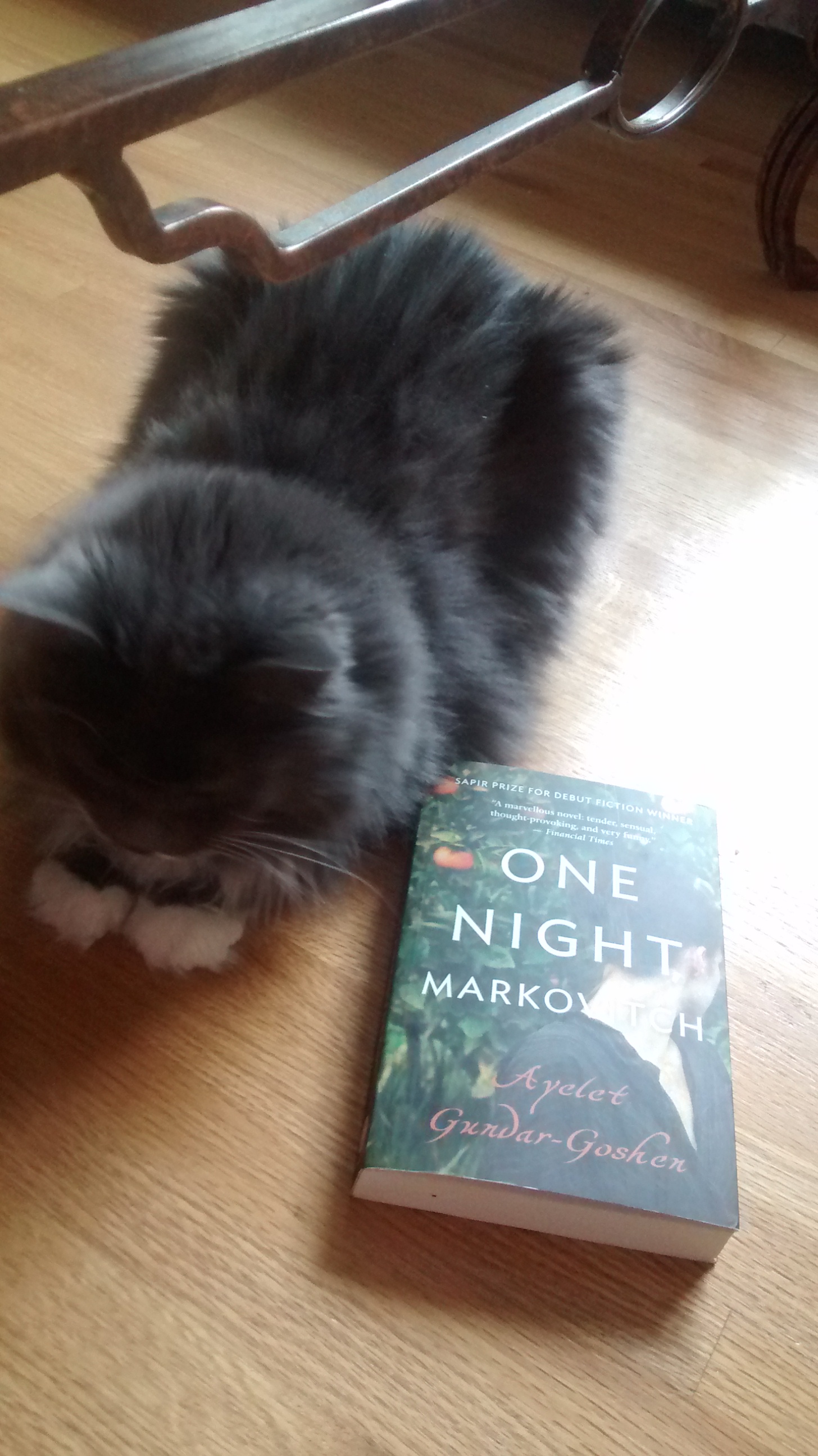 Smokey taking a rest beside her next read

Translations are never the most glamorous of books; many people shy away from them, the same way popular culture doesn’t embrace movies with subtitles. But for those of us who are feeling adventurous (or perhaps, just a bit more open-minded than others), translations offer us something special. They not only give us a glimpse of life in another country, but they introduce us to new styles of writing, and if the translation is done well, they immerse us in a different world with a subtle shift in storytelling style.

I tend to go a little easier on first novels, because the writer doesn’t necessarily know any better at this point. That being said, this book doesn’t need this generosity, because it was really quite engaging. Most notable was the characters; each was incredibly well-developed, which is surprising considering how many were included. Although Markovitch is in the title, I would argue he is not the only protagonist. Many lives are intertwined in this story.

We follow a set of characters that are slowly introduced to us throughout the first half of the book. We then follow them through WWII, and then we skip ahead ten years to follow a snippet of their children’s lives. It’s an interesting way to structure a narrative, skipping between the generations like this, but it allowed us to see the adults (the main characters) in various circumstances and environments. We learn what they are like as young lovers, married couples, and then parents. 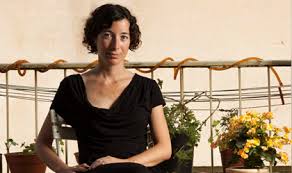 Taking over the world…one author photo at a time

My favourite part of this book is the fact that we get to see and understand the aftermath of the Second World War. There’s a heart-wrenching scene where Markovitch (who is Jewish) goes to Berlin to search for his friend shortly after the war ends. While there, he deals with an uncontrollable anger that he feels towards the German people he encounters, repressing the desire to smash things unnecessarily, instead pushing and shoving people as he walks through crowds on the street. Even though the war is ‘technically’ over, his rage is still present, but as a decent citizen, he can only express it such minor ways as this. This is one of the most powerful and enlightening scenes I have ever read, because it really did place me in the character’s shoes, for just that short moment. As a reader, I felt enraged on his behalf, which is something Gundar-Goshen should really be proud of.

Overall the book could use a bit of a paring down, I found it a bit long and it incorporated too many story lines. However, as I mentioned above, there are some real gems in the writing, so taking a look at this author’s future works is definitely a must.