Book Review: Carrie Soto is Back by Taylor Jenkins Reid 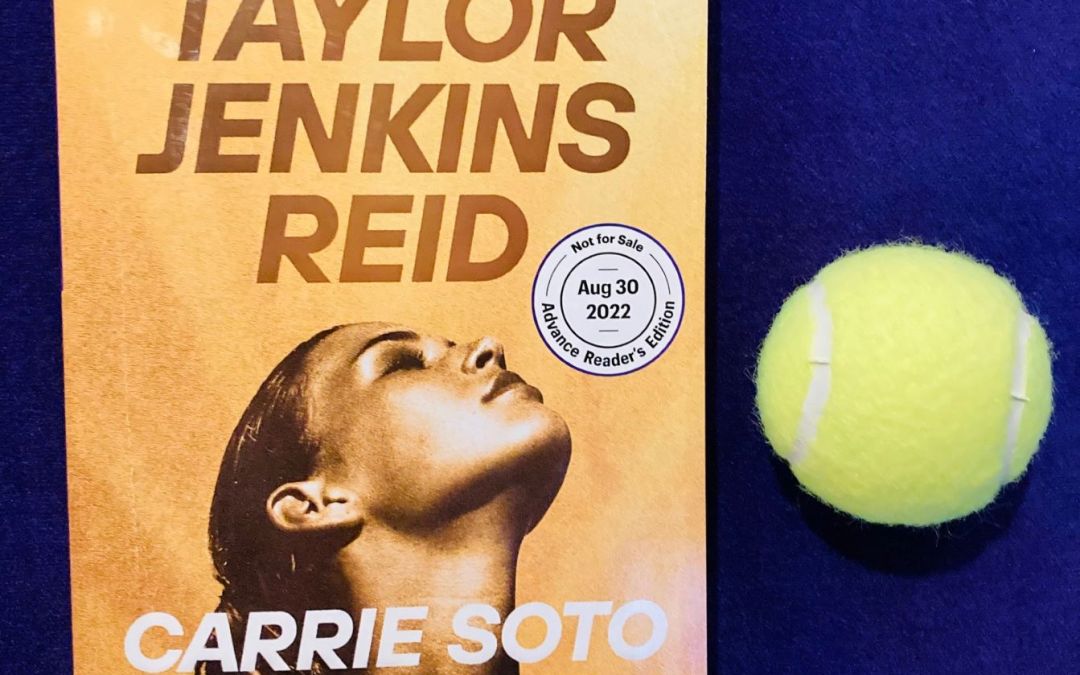 Although I may not go out of my way to read a Taylor Jenkins Reid book, I will never turn one down. Her books fall under the ‘fluffy’ category – she typically writes about famous, talented and beautiful fictional women. But I can’t deny the fact that I’ll devour them – they are compulsively readable! Her latest release Carrie Soto is Back is about a woman we don’t often see in fiction; a driven, passionate, and relentlessly competitive athlete who’s willing to go through life making enemies on her way to being the best possible tennis player in the world. Truth be told she scared me a little, but she also inspired me too.

It’s 1994, and Carrie Soto, the legendary tennis player and record-holder for most Grand Slams is watching her reign crumble under the incredibly fast serves of Nicki Chan, a younger, faster, and tougher opponent. Soto decides to leave retirement which she announced in 1989 to re-enter professional competitions in an effort to defend her record. The plot moves back in time to follow Soto’s first rise to the top, and then we come along on her grueling training as she attempts to defend her title six years later. Playing a large role in Soto’s life is her father, a tennis player himself who was injured too young to make a significant mark like his daughter. “Javier el Jaguar” finds purpose and joy in coaching Soto, and together they become obsessed with winning. Soto’s drive to succeed is so passionate that she abandons all hope of finding love, happiness, even friendship. All she wants to do is win, and stay the winner. But it wouldn’t be a TJR book if there wasn’t a little romance mixed into the plotline, and although Soto isn’t looking for it, another tennis player named Bowe Huntley offers more than just tennis tips for the heroine of this novel.

It’s an obvious lesson that Soto needs to learn in this book – winning isn’t everything, but she certainly thinks it is. I can’t say I was shocked by the plot as it unfolds, it follows a similar storyline that any sports-themed Hollywood movie does: athlete rises to the top, enjoys her success, experiences setback due to a conflict, comes back stronger but as a more balanced human. Still, despite the predictable course of events, I found myself eager to follow Soto on her comeback, curious with each match if she would win or not. Like all good lessons learned, it’s about the journey, not the end result.

Soto’s potential love interest Bowe provides an interesting comparison to life as a female athlete. He behaves badly on the court, throwing his racket when he loses, even shouting at the people who uphold the rules in the match. But he turns on the charm at the last minute and maintains a league of adoring fans because of it. In contrast, Soto behaves politely, but never hides the fact that she wants to win, vowing to destroy other players on the court and avoiding making any kind of friend or boyfriend so she can maintain her focus. The media constantly makes cracks about her not smiling enough. Even after winning Wimbledon, a male tennis player reminds her that women only play best of 3 sets while men play 5, so she shouldn’t be too proud of herself. It’s a subtle thread that runs throughout the book, but it’s obvious that TJR is pointing to the different standards upheld for men and women, especially in sport. I must admit that even I was turned off by Soto’s ‘winning at any cost’ attitude, and I question whether or not I would have felt that way if Soto was a man. Perhaps? I know it’s ultimately a losing attitude to feel that winning is everything, yet it seems so foreign coming from a female rather than male character, so I clearly have my own biases to work through as well.

Although I was surprised and intimidated by Soto, I was incredibly fascinated by her drive. I rarely read books about elite athletes, and although this is contemporary women’s fiction and meant to entertain, I still found it interesting to read about the relentless training schedules and the special mindset she cultivated to reach her goals. It’s inspiring to be so driven towards something, and I found myself popping out of bed with a little more spring in my step when I was reading this. Soto was my age, 37, when she had her comeback, so waking up at 5am and facing my day of work, kids, and everything in between no longer seems so daunting.