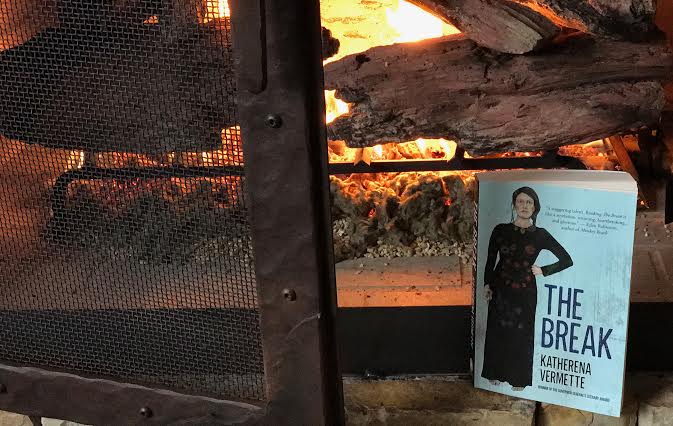 When you open the first few pages of a book and there is a trigger warning about violent scenes, you know there’s going to be some difficult passages ahead. Many fair weather readers may re-think their decision to continue reading altogether (in fact I’ve never seen a trigger warning before, although I think it’s a good idea to start including these), but people had been buzzing about The Break by Katherena Vermette for months, so I knew I had to steel myself and move on. I am so glad I did, because the pain in this story is overshadowed by the unquestionable strength and beauty of the female characters.

People who aren’t familiar with Aboriginal culture in Canada may have the unfortunate belief that its women are not strong.  When we do hear about Aboriginal women in the media (which is not very often), it’s usually in reference to the investigation into missing and murdered indigenous women, so people who do not actively seek out other perspectives may have the wrong idea about the female first nations population. I’m lucky enough to know many incredible Aboriginal women, but for those who aren’t that fortunate, The Break provides us with inspirational characters to hang our hopes on.

This literary thriller begins with a sexual assault, and while the mystery is pieced together through a police investigation, we are introduced to the past and present of an extensive Aboriginal family living in Winnipeg. The real strength of the plot lies in the various voices surrounding the crime, in fact we eventually hear from the perpetrator, which is the most heart-breaking part of the book. Vermette is such a powerful writer that we actually feel extreme empathy for the rapist, even though we are fully aware of how destructive their act was on its victim and family. How is that possible?  This is the beauty of novels; we are forced to place ourselves in another person’s shoes, which makes it difficult to point fingers and lay blame for even the most hardened individual.

I am excited about this book because it will continue to open up the conversation about Aboriginal rights. Not only that, it’s wonderfully written (Vermette is a Governor General Award Winning Poet) and as I mentioned at the beginning of my review, it’s a mystery/thriller! Great plot lines and literary depth are hard to come by in one book, so I highly recommend this read.