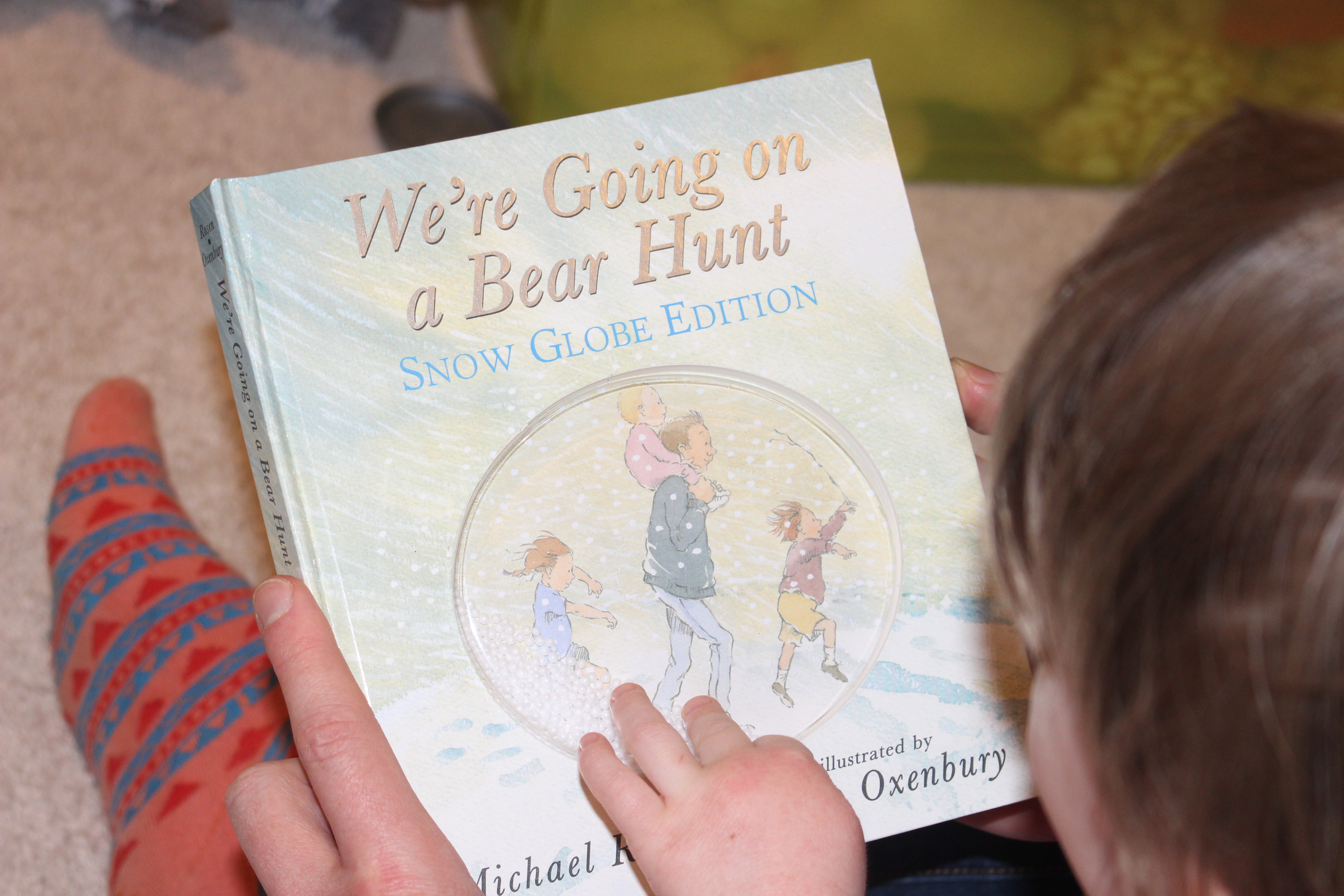 The title of this book caught my eye because it’s the basis of a song I learned at my daughter’s swimming lessons, mind you they switched the lyrics to make it water-friendly. Anyway, I knew she would like We’re Going on a Bear Hunt by Michael Rosen because it was a familiar rhyme to her so I could sing the words rather than just read them o 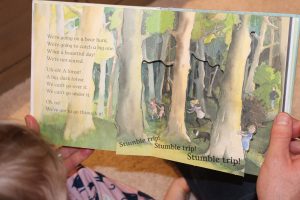 ut loud, which is always a hit in our house. And to make this book even MORE appealing is the fact that it’s the ‘snow globe edition’, which means there’s a little plastic pocket in the front that has little bits of ‘snow’ one can shake up. Plus there are pop-up details on most pages, so lots for little ones to focus on if the text gets too much. I’m particularly pumped about this book because it’s one I can read to my toddler, but will most likely delight my (upcoming/incoming?) baby at the same time, because there’s so many interactive elements.

This popular refrain is probably quite familiar to most parents, apparently the book was first published in 1989, with many subsequent editions to get your hands on, but it’s still fairly new to me (and my kid!) so I’m so thankful I found this now. After some very basic googling I found the video below, which just goes to show how classic this rhyme is.

I realize the absurdity of applying any sort of logic to kids books, but I will say the idea of taking four kids through a river, snowstorm, and dark cave in search of a grizzly bear is a bit risky, so everytime I read this book I’m reminded of how responsible of a parent I am, especially in comparison to the Father character. But it also doesn’t surprise me that it’s a Dad who has decided this is a doable adventure, ammiright Moms?