Book Review: The Accident of Being Lost by Leanne Betasamosake Simpson 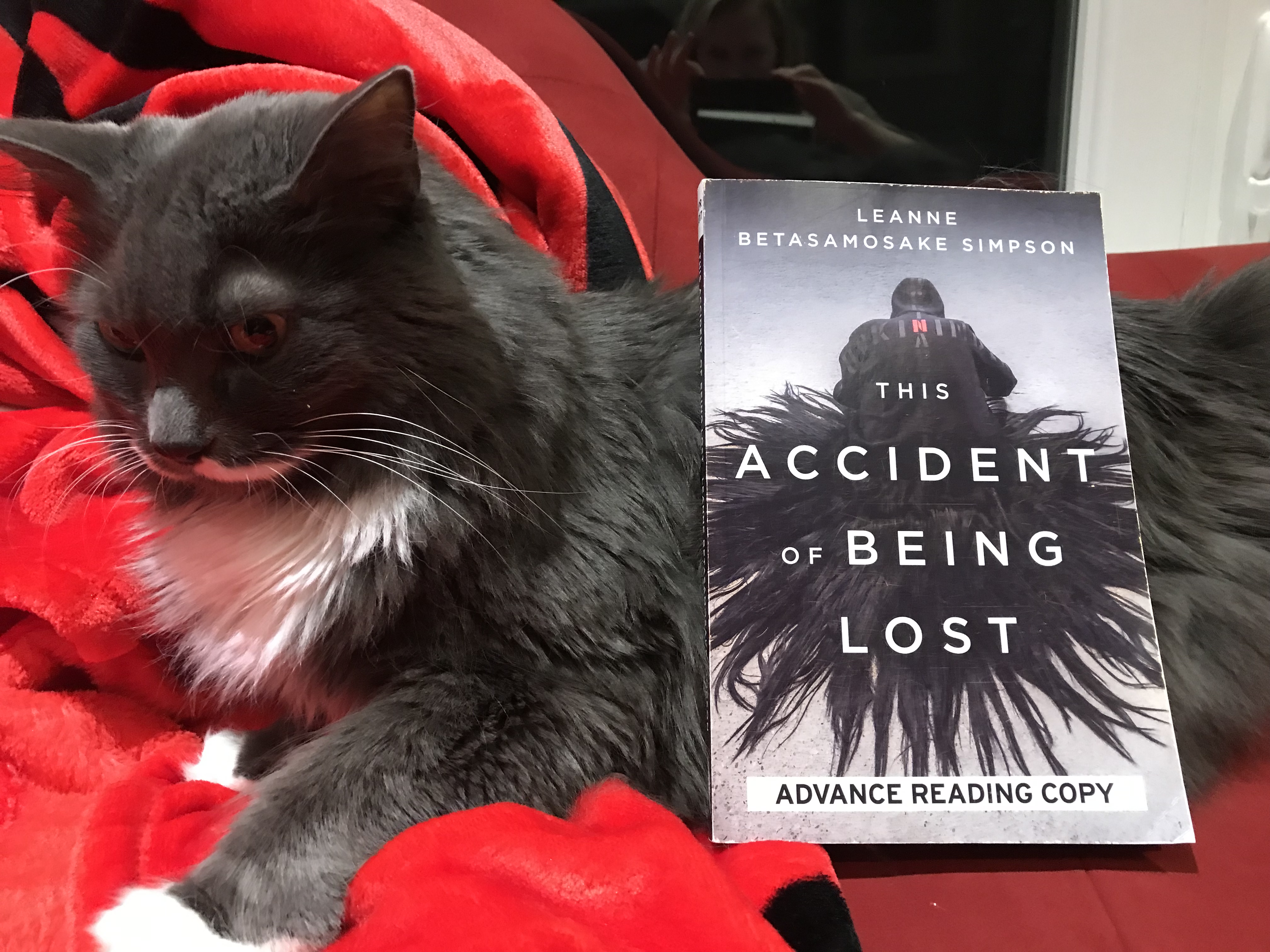 As I continue to work through the 2019 Canada Reads Longlist, I’m happening upon some books as old as 2017 ( I typically try to review books within the year they are released), so I love that I have finally have a good excuse to read them! This Accident of Being Lost by Leanne Betasamosake Simpson is an evocative mix of poetry, song and short story that details the conflicting emotions Simpson (or the first person perspective in this book) faces as an Indigenous person in today’s society.

I first want to say that this book has a lovely rhythm to it; reading song after story back to song again is a really intelligent way to keep the reader engaged and alert. By alternating genres, we’re forced to stay on our toes and keep an open mind to what the next page brings, so I felt as though I really gave this one a deeper read than say, a 400 page novel would regularly prompt. This collection is extremely varied too; some poems I struggled to grasp what was happening, while others are completely relatable. For instance “Tidy Bun” is the story of two moms at their kids’ ballet class; the tidy bun Mom is a rich hippy that does lame things like attachment parent a baby chick, so of course she is an easy target for humour-and sadly, I could relate to this story! And then there’s extremely direct (and also funny) poems like “A Few Good Reasons to Wear A Long Skirt” which is just how it sounds.

There are definitely serious undertones to every piece in this book however, and compared to other books by Canadian indigenous writers that I’ve read lately, I would say this one felt more ‘raw’. What I mean by that is that Simpson’s anger is clearly felt within these pages, which may put off some readers, although it really shouldn’t. For instance, the story “Plight” uses the phrase ‘white people love that’ and generally mocks a left-leaning neighborhood for their attempts at being inclusive. I’ll be honest, I try to buy organic like the people being mocked in this story BUT instead of getting defensive about that, I acknowledge the point of view and move on, even if I don’t agree with it. And herein lies the importance of reading voices like Simpson’s; you don’t have to agree with and love every single thing she is writing, but it is important to acknowledge and accept her anger without taking it as a personal attack on you, your family, or even your own culture. The buzz word ‘reconciliation’ encompasses a lot of different things to different Canadians, but I personally take it as a call to simply listen to opinions that aren’t your own and resist the urge to counteract or talk over that conflicting perspective.

Simpson does not shy away from conflict or political statements, and interestingly, she writes at the end of one poem “Dedicated out of respect to the intelligence and commitment of Black Lives Matter Toronto for halting the Pride parade in 2016” (p. 34 of ARC). I’m not even going to attempt to unpack that because that situation got a lot of different groups riled up, and I’m not informed enough to comment on it, but STILL very admirable that she feels comfortable making such an impactful statement within these pages. Mind you, if you can’t write stuff like that in your own damn book, then where can you?

This collection will push you out of your comfort zone but in a positive way-highly recommended.