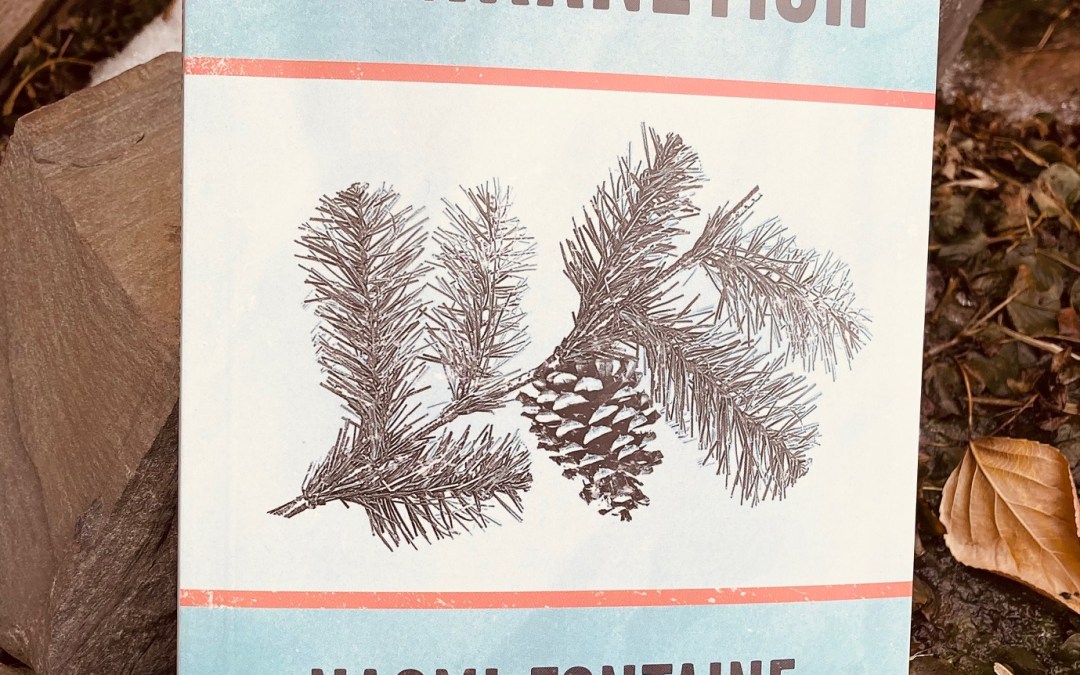 I seem to have great luck with the translated books that I read, and that success is mostly due to the careful eye of the editors at the Arachnide imprint from Canadian press House of Anansi. They regularly choose the best and the brightest when it comes to translated works that will impress English Canadians like me, and Manikanetish by Naomi Fontaine is another book that I’m happy to recommend to others, having been released by them this past fall. It’s translated by Luise Von Flotow, a new to me writer, but one that does her job so well there were no clunky phrases of sentences – the writing flowed easily. If there are any readers out there who are still hesitant to dip their toes into translation, I hope this review changes your mind; it’s time to dive right in!

Yammie is a young Indigenous teacher fresh out of college who accepts a position in her old community of Uashat, on Quebec’s North Shore (for my international readers: this real place is super cold and sparsely populated because it’s nearing the Arctic Circle, and this specific community is an Indigenous one where people speak both French and English). She leaves her boyfriend back in Montreal, and struggles to teach with confidence while she navigates the complicated lives of her high school students, many of them dealing with circumstances beyond their ages, including suicide and parenthood. Yammie vacillates between success and feelings of failure. A field trip to the bush for a week brings her closer to her students, and she feels a wall break down between them where they see her as a friend as well as teacher, but she also has students who brush off her compliments, destined to follow their own rocky path regardless of how much talent they demonstrate in the classroom. Told in short, one and two page chapters, Yammie narrates as if to a diary, revealing her inner life and turmoil against the backdrop of teaching those deemed difficult by the rest of society, in one of the harshest environments in Canada.

The book begins with Yammie leaving her boyfriend to go up north: “I was too proud to cry. I was choosing myself. Even if the act of choosing is, by definition, a renunciation…I wanted to get out the door and breathe” (p. 10-11). So although it lays the groundwork to expect a positive change in her life, those who are familiar with the area will understand that the community she is returning to is in many respects, much more difficult. And yet Fontaine doesn’t dwell on the challenging life outside Yammie’s job, instead this novel is focused almost entirely on Yammie’s work in the school, and only towards the end does her personal life push in on these carefully constructed compartments that she put into place. She frequently refers to her attempts at seeming more confidant and more independent when standing in front of her students, but her attempts at being someone else slowly break down, until we see the true Yammie. And not only do we the reader see her, her students see the true Yammie too.

In some ways it’s a coming of age novel and because we don’t get much information about her past, we can’t say she is returning to her true self, instead she is growing into someone else. It’s impossible to discern who her true self really is until she goes out into the bush with her students. While there she becomes one of them, accepted into this community she never knew she was looking for validation from. Free of distractions, nature is so isolating that it forces one to look inward, which speaking personally, usually brings me a deeper sense of calm than anywhere else.

At only 153 pages, it was no doubt difficult to decide what to include, and what to cut, which is why I found the writing so engaging. Each sentence was either useful in pushing the narrative along, or thoughtfully growing insight into a character or situation. There is very little description, as again, this novel is mostly focused on the inward development. So often, Indigenous characters and people are presented to the reader within a certain context, typically a negative one like poverty or trauma, which (I assume) is meant to inform our opinion of the characters’ actions, but in this book that never happens. Each person is presented individually, and racism is only mentioned briefly at one point towards the end. Stripping each person of this environment and context may seem unfair, but I quickly realized it honoured them as individuals instead, which I’m hoping more books about and by Indigenous populations will strive for. It’s a subtle difference, but like the Obsidian book I read a few weeks ago, I think it offers a different sense of autonomy for Indigenous populations that isn’t often depicted in fiction.