Book Review: Here I Am! by Pauline Holdstock 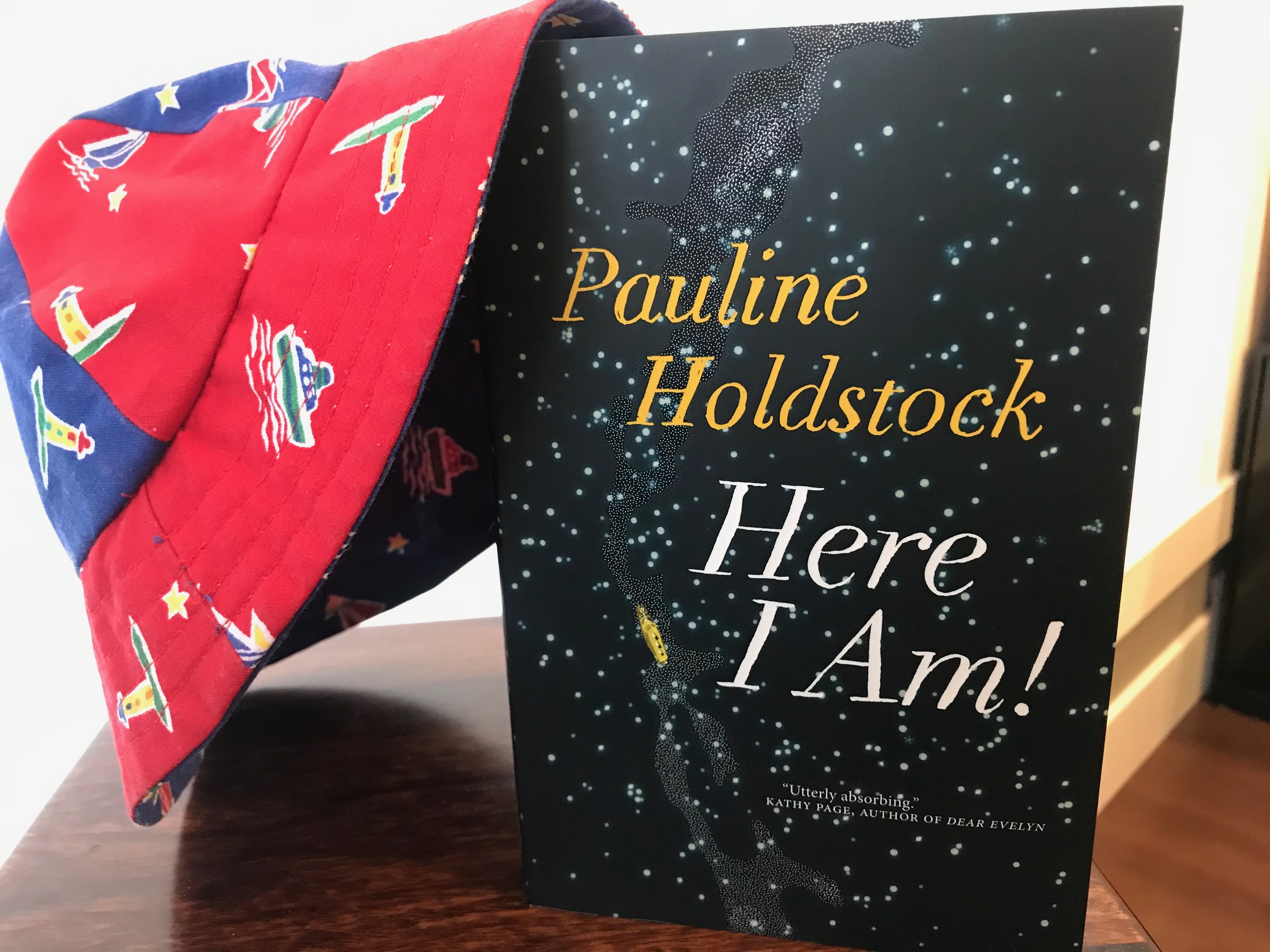 Some may cringe at the thought of reading a book written in the voice of a six-year-old, but once you get past the simplistic dialogue and extraneous words, the story behind the boy is a spectacular one. For those who read Room by Emma Donoghue and enjoyed it, you’ll understand the pleasure in ‘looking behind the words’ to determine what’s really going on. Obviously six-year-old boys don’t always understand what they’re experiencing, but an adult audience can easily pick up on the undertones of conversations our young hero recalls. Luckily, the protagonist and narrator of Here I Am! by Pauline Holdstock also has a great sense of humour, so what could be tiresome inner musings are transformed into quirky observations any age can appreciate.

Frankie has made an unfortunate discovery; his mother has died overnight while his father is away on business. Because his parents have both been overly focused on their own problems, Frankie’s become a very independent six-year-old, so he goes to school on his own for two days. Each day he tells his teacher what’s happened, both times she does not believe him, so he runs away and boards a cruise ship in hopes of finding his Dad. Because it was the early ’60s Frankie successfully boards the boat independently, but not surprisingly it’s not headed where he hoped to go. Primarily the novel follows Frankie’s week on the ship and the adventures a young boy has on a ship headed across the Atlantic Ocean, but we also get short chapters written from the perspective of a few other people. Frankie’s father Len returns home and discovers his wife has died and his son is missing; Frankie’s grandmother is sick with worry over her grandson, and Miss Kenney is the selfish teacher who quickly realizes her terrible mistake once the search for Frankie becomes official. Each P.O.V. helps break up the challenge of reading a book written from a child’s perspective as well as rounding out the narrative and adding backstory to Frankie’s current predicament.

Frankie is special; he’s incredibly adept at numbers and learned to read at an extremely young age. But he’s also a typical and curious young boy so he asks lots of questions and never shuts up. His flashbacks to his home life are both pitiful and joyful. His mother clearly treasured him, fiercely defending him against skeptical teachers and cruel classmates, but she suffered from various addictions and mental health disorders so could not be relied on to provide a stable home. His father loved him as well, but was preoccupied with a disintegration marriage and putting his own needs first. The back and forth between Frankie’s precarious present and slightly-less precarious past keeps the pages turning, I was riveted the entire way through the book. Holdstock is not only masterful at creating well-rounded characters, but she’s also adept at plotting a narrative that could easily drift into boredom in less-skilled hands.

My one complaint about the book is the ending; it’s written by Frankie as an adult, reminiscing on his childhood adventure. I didn’t want to know the outcome of his actions, and how things played out for the characters. The recollection downplayed the significance of the event, taking away some of its child-like wonder. Obviously that’s an entirely personal preference, and many readers enjoy the tying up of loose ends, so don’t let my complaint scare you away from a magical little read.