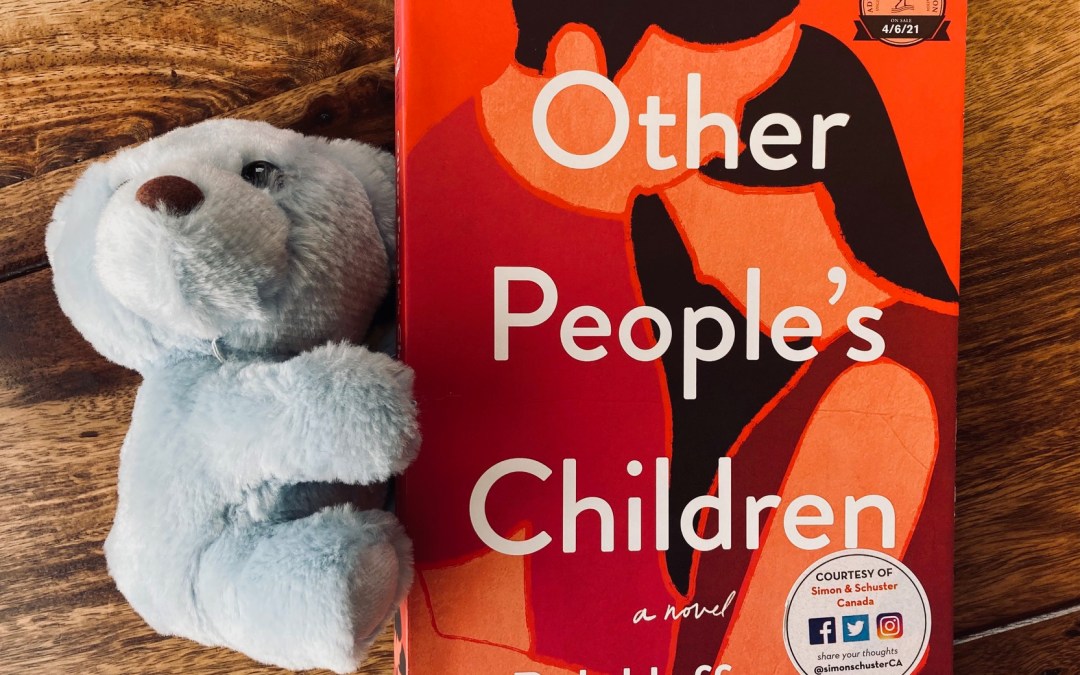 I’ll admit to requesting this book because of the title alone: Other People’s Children by R.J. Hoffmann seemed liked the type of catty novel that describes the judgements we make about how people raise their kids ( we all do it!). So imagine my surprise when this book is anything but catty, when it turns out to be one of the most empathetic and nuanced stories I’ve come across in awhile. There are stereotyped characters, but they aren’t treated as such. Instead, we are forced to consider ‘what if we didn’t treat them as the stereotype they appear to be?’ What if we gave people the benefit of the doubt? This book pushes back against our society’s obsession with perfection, and in the process, becomes an un-putdownable story that I raced through in a few days. It’s highly recommended for those looking for a little sentimentality in their life right now.

Gail and Jon Durbin have been struggling to have a child for years. They have a financially-stable, healthy home filled with love, just waiting for a baby to complete their life, but after a few miscarriages they decide to apply for domestic adoption instead. Finally, Carli, a pregnant teen who has ambitions of going to college decides the Durbins are the best parents for her child, so she agrees to give up her daughter Maya (as named by Jon and Gail) as soon as she is born. Marla, Carli’s mother, who struggled as a single mother herself, spent most of her kids’ younger lives working multiple jobs to keep them fed, so she convinces Carli that she’s made a mistake, and threatens to kick her out of the house if she gives up Maya. Carli hasn’t signed the final piece of paperwork to make the adoption official so she asks for Maya back, and Gail and Jon are understandably devastated. The plot takes a pretty sharp turn after this, but it all remains believable and heartbreaking. My allegiances to each character swung wildly back and forth, but I was shocked at how quickly I read this book, I couldn’t put it down.

Putting a child up for adoption, losing multiple babies to miscarriage, slogging one’s way through single motherhood after years of abuse, it’s all tragic, and what’s worse is that it’s all too common. This book deals with the struggles of so many, yet it’s focus on this particular tangle of lives personalizes these statistics in a way I wasn’t expecting. One of the ways it did this so effectively was it’s rotating perspectives; we hear from Jon, Gail, Marla, Carli and their social worker Paige. When you are placed in the shoes of another person, it becomes almost impossible to judge them because you learn their reasoning behind doing things, even terrible things. I’m sure my description of Marla immediately made you recoil, and although she absolutely does things I abhor and condemn in this book, I also sort of….get it? The brutal conditions of her younger life has shaped her future, and although that doesn’t excuse her behavior I still understand it. Gail is a character I identified more closely with, her obsession with making lists was odd, but again understandable. Paige is the most unknowable out of everyone, but towards the very end we get a glimpse into her own experiences of motherhood which sheds yet another perspective on Marla’s actions. Carli is arguably the least developed character of the bunch, but I think this is because she’s still working on who she is, and wants to become.

This doesn’t happen to me often when I read, but one particular passage made me cry. Perhaps because the pandemic still rages on here in Canada I am feeling more sensitive than usual, but the exchange between Gail and her father below is what did it for me. It won’t come across as all that powerful because you need to understand what’s happening in the story at this point to feel its full effect, but here it is anyway:

Gail could hear her dad’s ragged breath. Although she’d never seen him cry, she thought that he might be crying now. “I know this is hard,” he whispered. “But you’re going to live with this the rest of your life.” He coughed, cleared his throat. “Feel the balance of it, Gail.”

That last line is in reference to their knife-sharpening skills, a family business that has been passed down between generations. Gail finds peace working knives on the grindstone, and this is what her father is pleading her to remember as she makes some rash decisions.

There is so much heartbreak in this book, but there is always a glimmer of hope too, even when things seem their worst. The plot twist was completely unexpected, and ramps this book up from a literary exploration of parenthood to an adrenaline-filled ride of suspense. Another surprising element is the fact that this book is written by a man. That alone isn’t a shock, but the majority of the characters are female, and most of them mothers, and the depiction of mothering, and its various states are so spot-on here. Hoffmann clearly did his research, whatever that entailed. For those struggling with infertility issues, you will want to take a pass on this one (it will most certainly act as a trigger), but for everyone else, this is a highly recommended read!