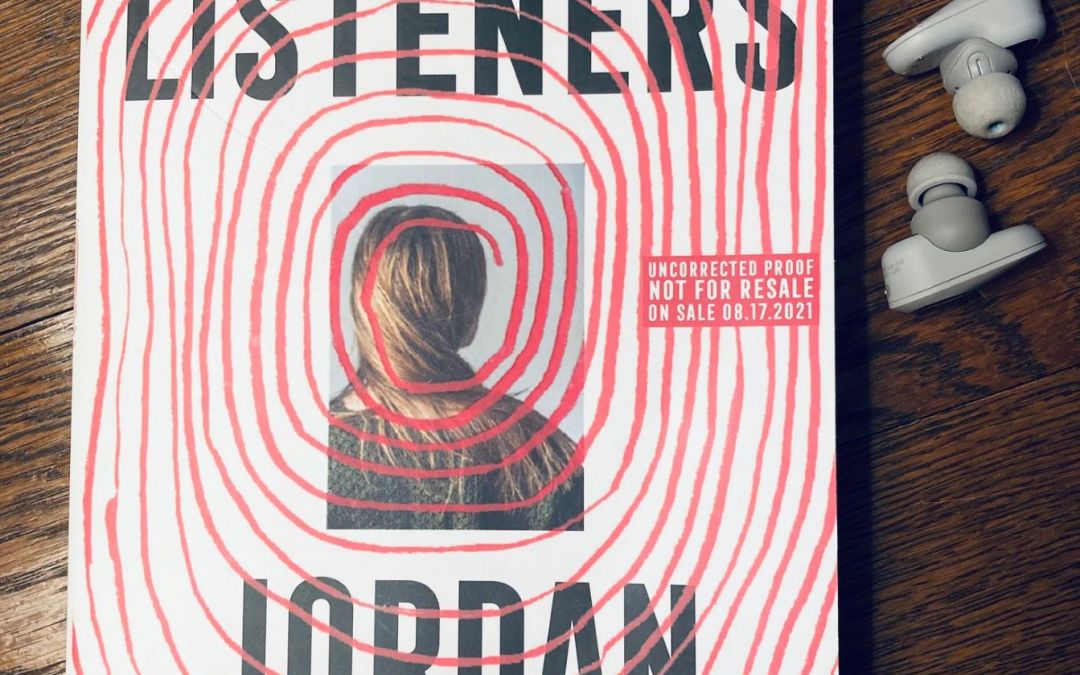 With so much anger, division, and suspicion flying around these days, a book about cults seems extremely timely. How do people become so entrenched in their individual views, that they begin to isolate themselves from their loved ones? When someone struggles to maintain a sense of normalcy, to fulfill their daily obligations to their job and loved ones, is it fair to assume they are suffering from a mental illness just because they aren’t living in the way we once expected of them? The Listeners by Jordan Tannahill explores these ideas in this sophomore novel, which is both philosophical and suspenseful as we fall further into the ‘hum’ at the core of the plot.

Claire Devon is a teacher and mother of a teenager daughter, living a comfortable existance in a suburban home with a husband she loves. She has lots of friends and considers herself quite happy, until one night she begins to hear a low, dull hum. Convinced it’s an appliance in their house, she spends hours searching for its source, until she realizes it’s not coming from inside, and she can’t find it outside her home either. After days of searching and research into potential reasons for the hum, she develops sporadic nosebleeds and headaches, and eventually insomnia. Unaffected by this hum and unable to hear anything of note, her husband and daughter urge Claire to seek therapy and medication, but instead, a teen at Claire’s school approaches her, admitting he too can hear the hum, and together, they meet up with other people in their neighborhood who can also hear this strange noise. Isolated from their own families and friends, everyone in this group is relieved to meet others who can hear the same thing, but they disagree as to what the noise is, and how they should deal with it. Claire becomes obsessed with the hum and the reasons why some can hear it while others can’t; this obsession begins to slowly erode her life until she’s left alone, jobless, and on the edge of mania.

After reading a book about a real cult just a few months ago, I was eager to follow it up with a tale about a fictional cult and its formation. Also, the premise of being to able to hear something while many others can’t really piqued my interest because what Claire experiences sounds quite hellish. Not surprisingly, this is a very interior novel. Although it details some shocking events, the majority of the book is really about Claire and the way her exterior life slowly dissolves into the interior as she loses grip with the reality she used to operate within. The book begins with her setting up her story as the beginning chapters of a book, so we know that she survives and lives to tell the tale to us readers. The fact that her life is negatively impacted by this hum is not the climax of the story, it’s her journey to that place of disassociation that builds the suspenseful plot, which is why many people have labelled this book a thriller.

Claire’s belief system is fairly regimented when we meet her; she is an atheist who lightly mocks her husband for going to church semi-regularly. But when a theory is introduced to Claire about the hum that seems somewhat otherworldly, she slowly comes to accept this new idea into her life, becoming physically overtaken by this new way of being. Tannahill’s writing is what keeps this book in the realm of suspense and away from the ridiculous. His characterization of Claire and her skepticism is so effective that we are convinced she hears this hum, and is only doing what any of us would if we experienced the same thing. Only an incredibly perceptive and engaging writer has this ability; much like a cult-leader themselves, we are lead into a sense of complacency about where Claire’s life is moving, even as the people around her are begging for to ‘snap out of it’. Small red flags are dotted throughout the narrative, but it isn’t until a gun is slammed onto a table that we realize things have taken a dangerous turn. And isn’t this how cult victims describe their experiences? It’s not until they sense their lives are in danger (and sometimes not even then) that they pulled from the reverie of group-think that has led them to that place of mass delusion.

Even after completing the novel, I’m unsure where I land on the ‘hum’. Was it real? Was it a mistake to acknowledge it in the first place for Claire, or should she have kept it to herself after the first few funny looks? Some may read this novel as a warning to those who break the mold, while others may see this as good reason to explore the unexplained, but one thing we can all agree on is it’s a well-written domestic thriller that doesn’t rely on any clichés or overused storylines that are so prevalent in this genre today.