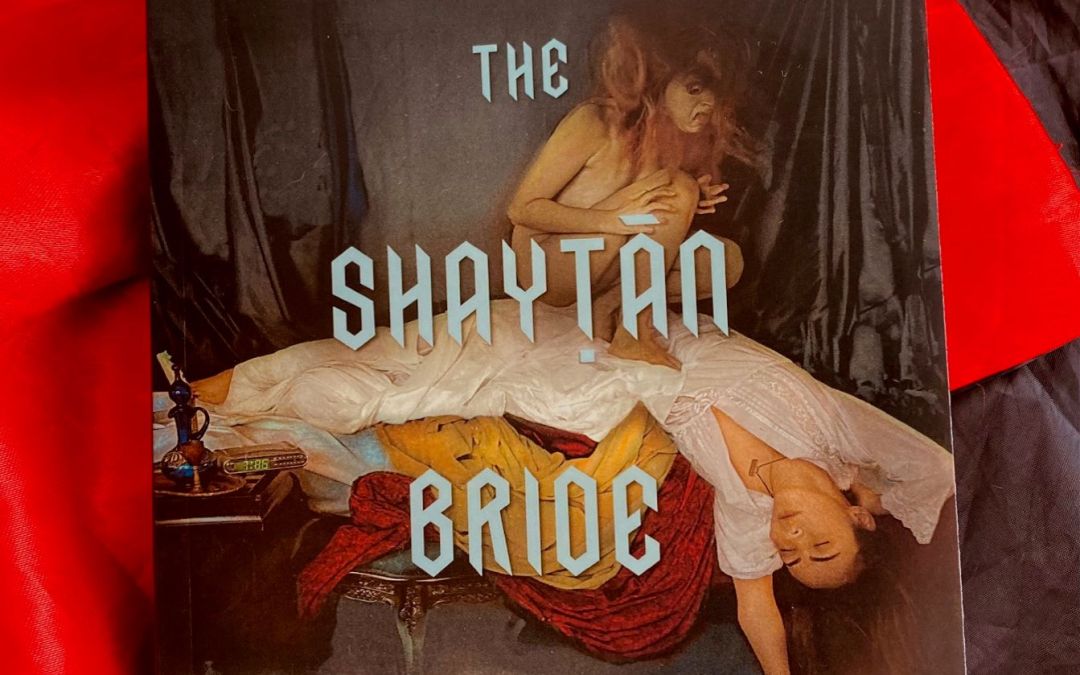 A morbid curiosity first drew me to this book, but The Shaytan Bride by Sumaiya Matin also stood out to me as a memoir that every feminsit should read. There are also elements of the supernatural, as the Shaytan is a spirit from Islam that supposedly possesses women, forcing them into bizarre behaviors and lovesick depression. The subtitle of the book is “A Bangladeshi Canadian Memoir of Desire and Faith” which is considerably more straightforward and based in reality, but this book runs much deeper than what that suggests. Instead, it’s a harrowing look at one woman’s forced confinement by family, and eventual escape back to Canada to live by her own rules.

Sumaiya Matin moved to Toronto, Canada from Dhaka, Bangladesh when she was six years old. Her memories of home were newly formed but nostalgic – the smells, tastes, and traditions were comforting to her, and her parents did their best to take those elements with them when they immigrated. Matin faces the same challenges in Canada that many teenagers struggle with, but everything is exacerbated by her parents’ strict rules. When she turns 19 she travels back to Dhaka to visit her extended family, but when her uncle discovers she has a boyfriend back in Canada, he takes away her passport and keeps here there against her will. After a few months of captivity in the house, he takes her to meet her future husband, who appears to be an attractive, wealthy, and sweet man. Matin is a devout and practicing Muslim, but is still desperately in love with her boyfriend back home so she refuses to marry this suitor, torn between her family’s expectations and her desire to steer her own life’s course.

It isn’t a spoiler to say she made it back to Canada, so there is a happy ending to this nightmare she endures back east. But what will surprise a Western reader of this book, especially women, is how torn Matin was about her decision to escape. Isn’t being forcibly confined against your will enough of a reason to disobey your elders? There was definitely an element of trauma and stress that had a role in Matin’s hesitance, but her continued dedication to her religion seemed to be the driving force behind her confusion as it was used as a force of manipulation by her family. To be clear, there were family members (including her mother) who witnessed this treatment and did not agree with it, although they were too frightened to put a stop to it themselves. These family dynamics were shocking to me, but of course, I am reading this book through the lens of a white Canadian woman with no loyalty to any one religion, so it’s understandable I wouldn’t really understand the situation from a Muslim woman’s perspective – but I’m certainly trying.

In telling her story, Matin is also quick to remind the reader that Islamophobia is always in the back of her mind, so especially as a teenager, she is always aware of this when feeling exasperated by her parents, wanting to just vent about them but being too afraid to. She knows that many Canadians view her situation with suspicion and she doesn’t want to make this worse. Even on the verge of escape back east, she comments “I would be careful to refrain from stoking the flame of ‘Canada rescues Muslim girl, again'” (p. 235). I found her reticence to be honest about her situation(s) heartbreaking – how awful to silence oneself in fear of being judged, or throwing condemnation onto an entire religion?

Because she is writing this book looking back on this time in her life, her observations about certain things are incredibly insightful, painting a full picture with the added benefit of time and reflection. If she had written this memoir right after the experience, it would no doubt be much more emotional and scattered. This book challenged me more than I thought it would, but I appreciated reading her perspective. I learned a lot about the spiritual side of Islam and how an independent woman such as herself deals with the conflicting messages that are found within it. It was a timely reminder that extremists are found within every religion, but the biggest danger is judging a faith and all its followers based on the few outliers.