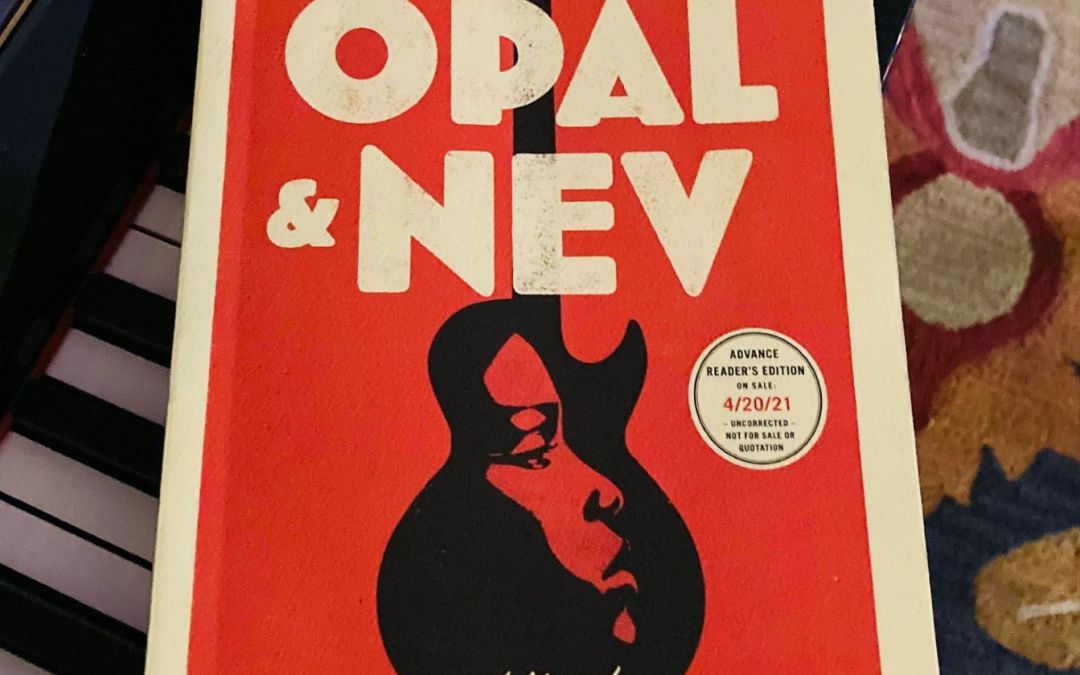 Recently there’s been a trend in publishing novels that focus on the 70s music scene, typically that focus narrows in on one band or musician in particular, a sort of ‘tell all’ story about their rise to celebrity. Both Glenn Dixon and Taylor Jenkins Reid released books like this, and I genuinely enjoyed them both. Perhaps it’s because I had read those two earlier that I didn’t feel any urgency to reach for The Final Revival of Opal & Nev by Dawnie Walton, but if I had taken a closer look at this book when it first arrived on my doorstep, I would have know that this title in particular deals with the issue of racism and performative allyship more than it does the music. Does that make it better? Not necessarily, but Walton pulls off an entertaining book that also thoughtfully examines what it’s like to be black in America from the perspective of a woman who refuses to apologize for being different.

Sunny Shelton is a black journalist that has hit a new high in her impressive career; it’s 2016 and she’s been named the editor-in-chief of Aural, a well-respected and long-running music magazine in North America. Now that she’s in a position of power, she’s decided to investigate a long-forgotten music mystery involving white British pop sensation Nev Charles, and his music partner from decades ago, Opal Robinson, a black woman known for her outrageous outfits incredible stage presence. Their music wasn’t popular to start with, but after a disastrous musical showcase leads to a riot, they are thrust in the political spotlight, and as an interracial musical duo, hold a unique place in the music scene at that time. Decades later Sunny embarks on a mission to interview Opal and Nev and the people around them to determine why they broke up, and why they are reuniting at major music festival. Early on in the story we learn the personal ties Sunny has to this story, which complicates matters but doesn’t overshadow the bright light that Opal casts on others. When Sunny uncovers a bombshell that may change the circumstances of the reunion, the characters are forced to revisit the past and ask some uncomfortable questions of those they considered friends.

The life of someone who lives in the eye of the public is always fun to read about because it gives us a glimpse into a world we can’t really understand for ourselves. This holds true for the character of Opal in many ways, because not only is she considered an icon of her time, but she also says things that shock and amuse, always performing in one way or another. And because Sunny is such an engaging interviewer, we learn about how self-conscious Opal truly is despite her tough exterior. She is filled with self-doubt almost every step of the way, and although Sunny isn’t able to see this for herself until the very end, Opal’s commentary is honest and introspective throughout. I realize I’m talking about these characters like they are real people, and they clearly aren’t, this is a work of fiction through and through (I’m not aware of any person that Opal is based on), but once I finished this book, it felt like I was leaving behind real people, this is how expertly they were created and fleshed out. I couldn’t help but be drawn into the world of Opal and Nev – Walton’s writing made sure of that.

Opal is the character that draws the most attention, but Walton expertly surrounds her with other people who are just as entertaining to read about. Her long-time stylist Virgil Lafleur stands by her throughout her ups and downs, and her sister Pearl, the talented singer who turns to God is just as funny, acting as a positive foil to Opal’s scandalous lifestyle. We are only subject to Sunny’s inner thoughts as the majority of the book is told in interview clips and her brief interludes of personal reflection, so there is an air of suspense by never knowing the true motives behind other people’s actions. The plot builds to almost two different climaxes – the ill-fated riot, and the modern day music festival and site of the Opal and Nev reunion. The magic of their music made together is touched upon, but it’s never really the focus. Instead, they both stand in as symbols, however unfair that label may be.

It’s challenging to pinpoint one theme of this story because it touches upon so many things; friendship, betrayal, loyalty to family, and of course race. I’d hate to force this book into a single box because it appealed to me on various levels, and I think it would please many kinds of readers. It will no doubt drop off people’s radars soon because it was published in 2021, but do keep it in mind if you’re looking to meet a cast of memorable characters who will delight and challenge you.