Book Review: A Ghost in the Throat by Doireann Ni Ghriofa 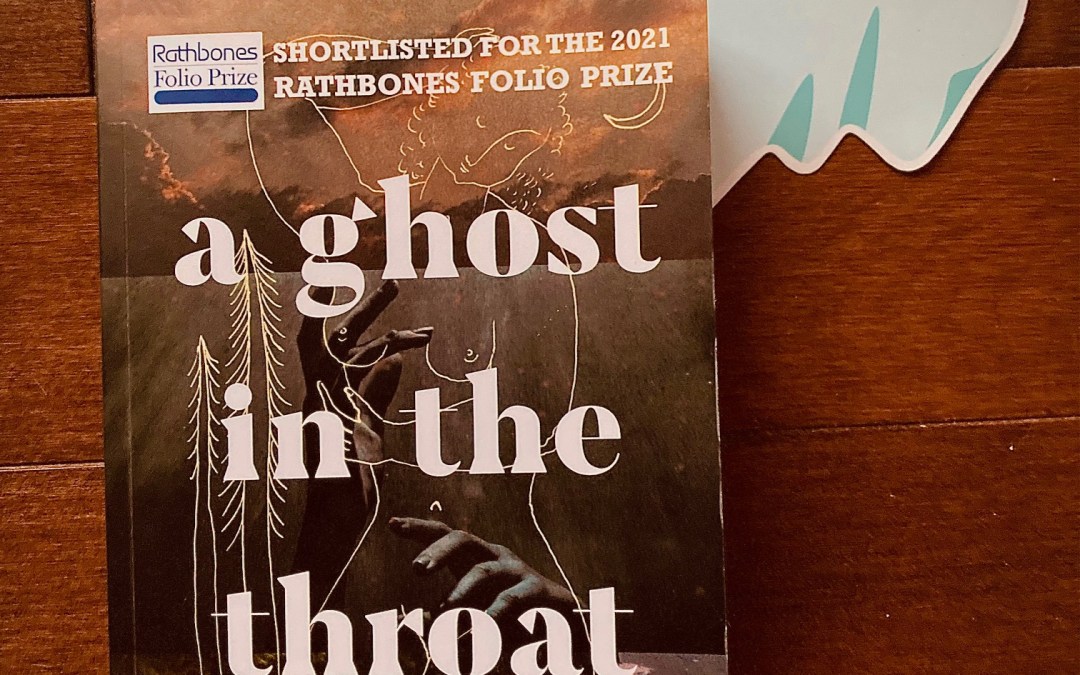 In 2021, people got excited about this book; A Ghost in the Throat by Doireann Ní Ghríofa was declared brilliant and unique by many book critics and bloggers alike. I had it on my shelf from an early stage as Biblioasis was kind enough to send me an ARC, but it wasn’t until this week (almost two years later) that I finally picked it up. I wasn’t sure what to expect because it has been called autofiction, memoir and literary studies, but I pleasantly discovered it’s a mish-mash of all of those things. It comes together in an affecting and engaging package that both invites us into the narrator’s life, and teaches us a bit more about the poet and woman that she is obsessed with. It repeatedly calls itself “a female text” of which it most certainly is, and by that, it simply places women at the forefront of everything, making them the signpost that everything is measured against, instead of their male counterparts which we so often see.

Our present-day unnamed narrator is a woman in the midst of the hurricane of parenting; taking care of young children who she ferries to preschool and back, cleaning up their messes and ensuring the house is spotless. It’s housework that she truly adores, even the drudgery of constantly breastfeeding and sleeping broken hours through the night seem to appeal to her. In many ways she is the ‘perfect housewife’ excited to have even more children. But there is something peculiar about her too: her obsession with the long dead Irish poet Eibhlín Dubh known only for her famous poem “The Lament for Art Ó Laoghaire”. Her poem is about her discovery of her husband’s dead body after he was murdered, and the poem and its translation it reproduced in its entirety at the end of this book. Through the exhaustion of her multiple pregnancies and child rearing our narrator embarks on a journey to learn more about Dubh, but because this poet lived in the 19th century, there is little to no information about her available; what little she can find is always in relation to the men in Dubh’s life; who she was married to, her father, and the sons she bore. In an act of gender transgression, this narrator places Dubh at the center of her own narrative, looking for her in all the blank spaces that these historical texts have, fictionalizing the spaces in between in an attempt to reconstruct this female poet’s life.

I try to read widely, but when a book is described as breaking the boundaries of genre, I tend to lose interest. It was with this hesitation that I began reading A Ghost in the Throat, despite its overwhelmingly positive reviews. But the book begins in a place I know well: the exhaustion of child-rearing. Luckily I’m well past the newborn stage, but I remember the broken sleep, the endless days of food preparation and clean-up, and the discomfort of pregnancy and breastfeeding. Because I was introduced to our narrator in a familiar space, I easily absorbed the opaque references to this poet I had never come across. And although we spent a bit of time embodying this long dead poet imagined into the gaps of history, I always felt rooted to the present day, most likely because we viewed Dubh in a present-day feminist lens along with our narrator. The very act of creating this female text means we can never truly be in a historical state of mind -there are limitations to how we perceive the past, and this book pushes those limits. We see Dubh’s life through our present day eyes of the narrator, which for a reader like myself that doesn’t want to be pushed too far, was an ideal place to read and engage with a text such as this.

So what makes this a female text? As I mentioned above, the narrator refuses to relegate Dubh to the background, no matter how difficult it may be to seek out information about her life. And every time we learn something new about her, or imagine her in a different stage of life, it is in relation to the narrator’s own life:

“I spend the subsequent hours scraping uselessly at the same old archival sources. Eibhlín Dubh is never there. My mornings are too quiet, now that my children, my purpose, and my ghost have all left me.”

-p. 228 of ARC of A Ghost in the Throat by Doireann Ní Ghríofa

Even the narrator’s milk from breastfeeding is tied back to the poet she loves; whenever she feels the let-down of her milk, it gives her space to daydream about Dubh and other texts she can hunt down for more information. In some ways it feels unfair to Dubh – she never stands alone, she is always described in relation to someone else; historically it was her male relatives, and now it is this narrator and her own life of childrearing.

It’s definitely an odd and challenging book, but its award-winning status is most likely due to its incredibly inventive writing. It is certainly unique yet still fairly accessible, which juries and booksellers love. This is one of those stoires that includes much to praise AND ponder simultaneously.