Book Review: The It Girl by Ruth Ware 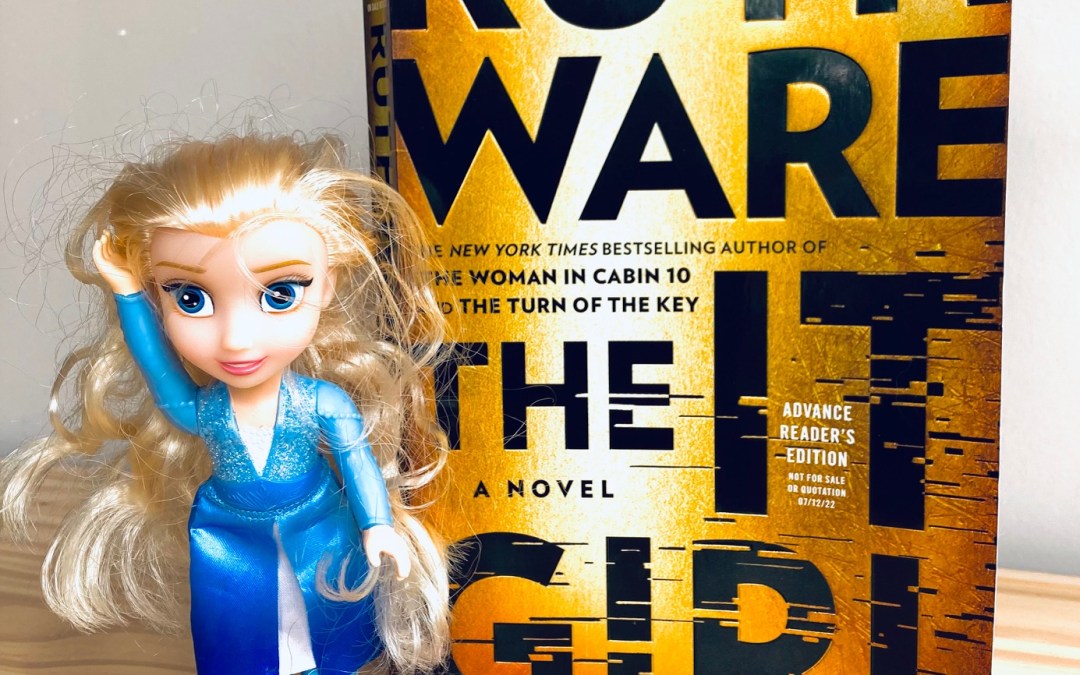 When a Ruth Ware books lands on my doorstep, I get excited. I’ve read every single one of her books published, and really enjoyed all of them. Because she’s writing in such a crowded genre, I’ll recognize certain tactics of suspense, or a stretch in truth or reality here or there, but overall I can safely say Ware is one my ‘read everything’ authors. This latest release The It Girl is definitely one of her best because I was quite shocked to discover who the murderer was – which is always a sign of a well-written mystery, and will guarantee her readers will continue coming back for more.

Hannah has just started at Pelham College in Oxford – one of the most prestigious at an already prestigious university, so she finds herself surrounded by private school graduates with impressive families to match. Her roommate April is no exception – beautiful, incredibly wealthy, and able to score good marks despite her wild side and pattern of hard partying. They quickly become best friends, but at the end of their first year, Hannah finds April murdered, strangled to death in their room. The book moves between before April’s death, and after, when we meet Hannah ten years after the murder, pregnant and happily married to a young man named Will, who also happened to be April’s boyfriend at the time of her death. Hannah’s testimony is what led to the conviction of an employee of the university being sentenced for April’s murder, but Hannah always had suspicions about what she saw that night, and is wracked by guilt that her words may have condemned an innocent man to death. By giving us glimpses into the before and after of this traumatic event, Ware gives readers the opportunity to form their own theories about who killed April, offering us the chance to become our own detectives in real time.

As I continue to read more Ruth Ware books, I realized that the reason I, and so many other readers enjoy her writing is how adept she is at building suspense. There are so many elements that have gone into this one book to ratchet up the tension; a creepy man who is clearly disturbed but may be innocently put in jail, the secrets between friends that can swing wildly between harmlessness to deadly, the bouncing between time periods that casts doubt on events previously determined as straightforward, an impending pregnancy with a man that has flashes of unwarranted anger, the numerous suspects with both motive and means to murder the ‘it’ girl. Many books that layer these issues on top of one another tend to be unbelievable, but I can happily assure you this is not one of those cases – I was too invested to question whether something was realistic or not, and I never found myself rolling my eyes at some revelation or twist, so the progressions felt authentic.

A few months ago I wrote about the fact that certain mysteries appear to be geared towards men rather than women, but in this case, I can safely say Ware’s books generally appeal to the female reader more often than not. This is because her protagonists are always quite similar; young sympathetic women who harbor dark secrets, always with a question mark hanging over their heads but still kind and good enough to be a likeable character.

As in her other books, wealth continues to be a factor in this latest story as well; April was incredibly wealthy, while Hannah comes from an average household. She can hardly believe this is her life as she poses for photos with April in private clubs or in their room filled with custom décor. Despite these differences, they are best friends which is why Hannah is so haunted by her death, unable to continue with her Oxford education she falls back on her love of books, living out her days as a bookstore clerk, but excited about her future with Will.

The issues dealt with in her books tend to be fairly safe, no political references or controversial subjects. But in this novel she touches upon the issue of female harassment, hesitance to disclose and victim blaming. Hannah is being stalked by one of the school porters (who is eventually convicted for April’s murder), and he both speaks to her, and treats her inappropriately. But another male, Dr. Myers is also portrayed as a dangerous man, however he is a professor with a much better reputation, and when Hannah approaches him about her concerns with the school porter, he immediately dismisses her concern, vaguely threatening to speak to the porter himself which would of course make the situation worse for Hannah. When Hannah revisits the school later, Dr. Myers continues to be promoted within the institution, regardless of his bad behavior and inappropriate relationships with students. Class and gender imbalance are dealt with a lighter touch, but it’s still a current that runs through this and her older novels, once again adding that suspense she is so well known for.

As I mentioned above, I flip-flopped over who I thought April’s murderer was, which is half the fun of this book. Yet another winner from Ruth Ware to add to the pile!