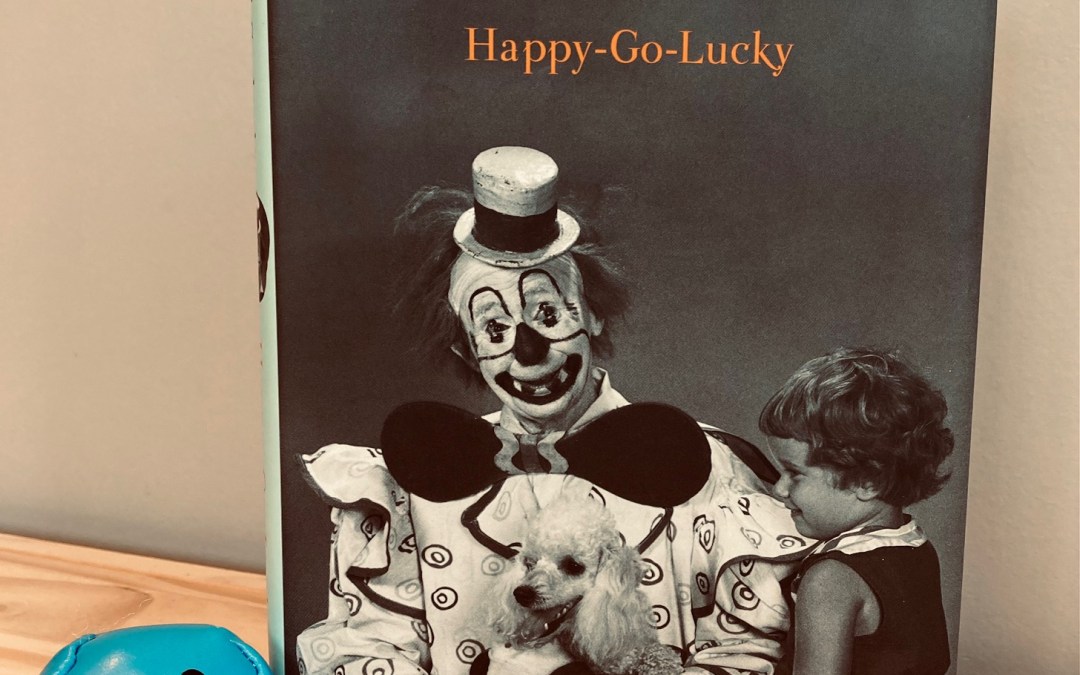 Back in February I was lucky enough to sit in a theatre audience and listen to David Sedaris live and in-person, try out some of the stories from his upcoming release, Happy-Go-Lucky. Based on what he read and how he spoke of it, I knew it was going to have some darker moments. This collection essentially tells the story of his father’s death, and the beginning of the pandemic. There are many laugh-out-loud moments (of course I’ll include quotes) but it also gave me a clearer glimpse into the life of my favourite author, and the odd moments of his childhood that shaped the person he became.

Like all Sedaris books (except this one here), Happy-Go-Lucky is a collection of stories from his life, starring himself, his husband Hugh, his sisters, and the random strangers that he meets on his extensive travels. His father is 96 and living in an old-folks home after suffering multiple strokes, so many stories revolve around his visits to the home with his sisters, usually on their way to their oceanside North Caroline home called Sea Section. Sedaris spends the majority of the lockdown in his Upper East Side apartment in New York City with his husband, where they occupy two floors. Obsessed with walking, Sedaris logs miles and miles after dark, simultaneously happy to be outside when he’s being urged to stay in, and surprised he never gets mugged. Used to flying 4-6 months of the year for work, suddenly staying in one place proves too difficult, so he admits to flying more than others during that time, often meeting up with his siblings at their father’s nursing home. There are plenty of non-pandemic stories too, classic Sedaris shorts that detail a bonkers thing he witnesses at the airport, or an unhinged driver taking him around the countryside of Bucharest.

This collection is darker than others for a few reasons, the most obvious being the time period it was written. He’s written about serious topics before, his sister’s suicide being one of them, but both his sister’s suicide and his father’s death is dealt with in this book, including a very jarring recollection of a strange habit he had when he was young, involving his father. Sedaris will often throw in a disturbing memory here and there, both keeping us readers sharp and adding justification to his tendency to both love and hate people. On one hand, he readily admits to seeking admiration from others, it’s one of the reasons he loves touring and lecturing so often, but he also hates people and the tediousness of simply being in the world – his complaints are what I enjoy reading about most, but a warning that he can be cruel at times, especially to people who he deems to be rude. And yet he spends the majority of his time talking to people. He talks to every single person in his signing line, and will sign for hours after an evening event, which a true people-hater could never do. I love this conflicting aspect to his personality.

Some of the funniest parts of this book are his pandemic musings, two of which I’ve included below. I read these aloud to my husband and got a good laugh out of him as well, which is how I know you’ll enjoy them too:

“The terrible shame about the pandemic in the United States is that more than nine hundred thousand people have died to date, and I didn’t get to choose a one of them.”

“Throughout the worst of the pandemic I, like everyone, thought of the many things I’d failed to appreciate back when life was normal: oh, to be handed an actual restaurant menu; to stand so close to a stranger that you can read the banal text messages that are obviously more important to him than his toddler stumbling off the curb and out into traffic.”

Sedaris has a cynical humour that appeals to the worst parts of me, and yet I can’t help but feel a million times better when I read him. His word choice is especially entertaining, as demonstrated by his description of his sister Amy’s clothing choice for their father’s funeral:

“She looked like she was going to a ball thrown by Satan. The dress she wore was black but short, with comically massive sleeves. It was textured like a thick paper towel…”

I haven’t read all of Sedaris’s backlist yet, instead I’m slowly savouring the books of his I do have, and I look forward to reading the rest of it in due time. I’ll admit to saving his collections for when I truly need a pick-me-up, because they always guarantee a good mood. I know I’ve said this before, but try reading one of his stories out loud to someone else; you’ll never be disappointed, and Happy-Go-Lucky is a great place to start.