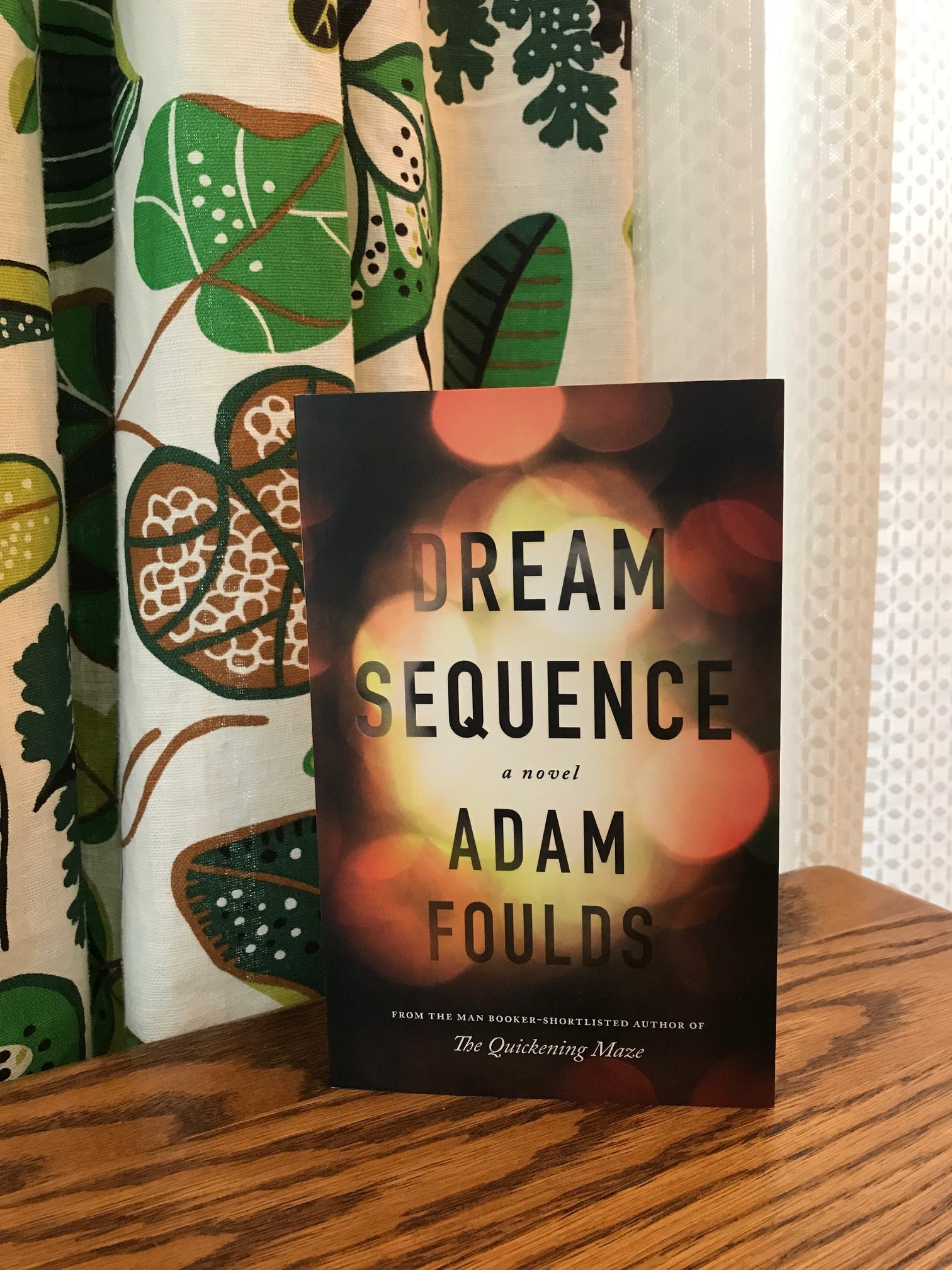 Dream Sequence by Adam Foulds is a little gem of a novel. Short, beautifully written, engaging characters and an exciting ending; what else could a reader ask for? There are two main characters; Kristin is an attractive young woman who’s just gotten a divorce from a wealthy man, previously her boss (insert eyebrow raise here), and Henry Banks is a famous UK actor, desperate to break into film as his current resume includes successfully television appearances only. Within the first few pages we learn Kristin is obsessed with Henry, convinced they are destined to be together after they briefly met in an airport once (insert eyebrow raise here).

Reading books about fictional celebrities is a special kind of fun. You get the embarrassing pleasure of reading about fame, riches and popularity without the self-loathing that comes along with a copy of US Weekly. Henry is the cliched actor; he starves himself on the regular, he loves being recognized but acts like he doesn’t, makes sleeping with models a regular hobby of his, and is generally narcissistic to the core. We focus on him more than Kristin, which is a courtesy to the reader because he visits exotic film festivals and generally leads a fuller life compared to her (which to be fair, still doesn’t seem all that full). We only sit in Kristin’s shoes for a short time, but it’s boring as hell when we do; she goes to yoga class and debates the interior of whatever room she happens to be sitting in.

In only 180ish pages, we experience what it’s like to be famous, and what it’s like to be obsessed with someone famous. Although neither character is likeable, or even remotely relatable, I was completely invested in their story. Will they meet again? Will Kristin realize what a jerk Henry is? Will Henry get this fabulous new role he’s pining after? I think the title refers to the dream-like state we follow these characters in, and since the book is so short, it ends before we feel like it becomes unrealistic or simply too dreamy.

I spoke to someone else who had read this as well and they didn’t like the ending. I liked it myself, but I did find it quite…dramatic. And despite the unique circumstances of both Kristen and Henry, the rest of the book is anything but dramatic, it deals in the mundane and undocumented parts of our lives. So some may find the ending abrupt, or too big of a shift from the established tone leading up to it, but as many dreams can, the ending will leave an impression simply because it does seem like such a departure. Regardless, I loved this book, and because of its accessible length and subject matter, I hope people reach for it this summer.