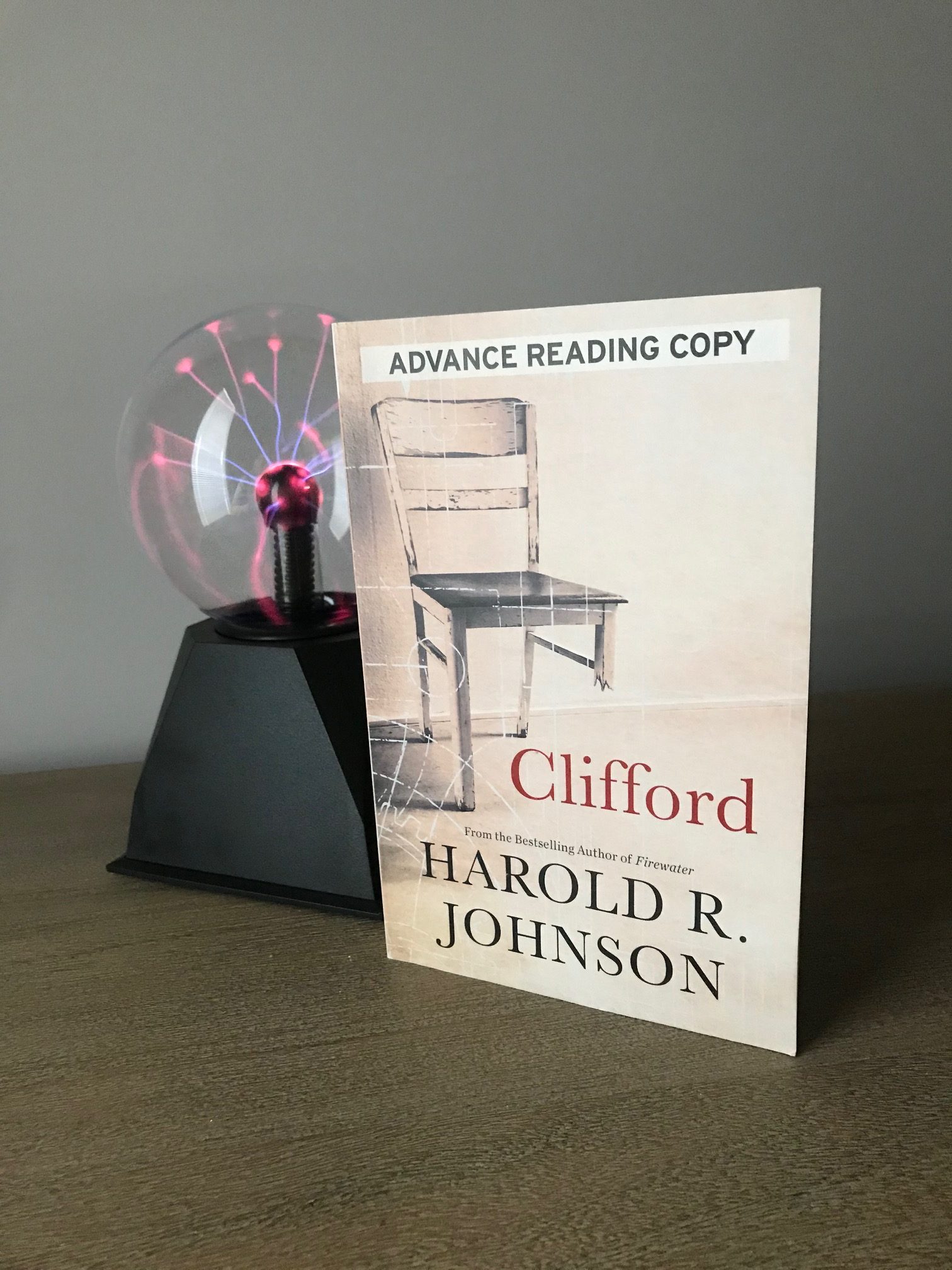 Clifford by Harold R. Johnson has sat on my bookshelf for far too long. It wasn’t until I saw Johnson speak at Wordfest this past fall that I realized what I was missing out on, so I finally picked it up and gave it a go. At only 260 pages of very large font, I blasted through it, despite the fact that much of it devolves into confusing discussions around astrophysics and black holes (a subject I’m not so confidant in). What makes this book even less user-friendly is that these scientific discussions aren’t necessarily based in truth, as we are led to understand that the speakers don’t have an education in that field, and in many cases they are simply getting high on drugs and discussing things beyond them-physically and mentally. Although I’m still not sure what the POINT to all of that was, I did enjoy my experience of reading the book, and would happily recommend it to others who are also up for the challenge.

I’m surprised I liked this book in the end, mainly because I felt unmoored throughout most of my reading of it. Perhaps I was prepared for this disocomfort by the blurb from the publisher describing it as “A Memoir, A Fiction, A Fantasy, A Thought Experiment”. I don’t like fantasy, I prefer books to be firmly rooted in my reality so I can better grasp what’s going on, but Johnson roots us in something else; nature. The book begins with him visiting the dilapidated shell of his childhood home in Northern Saskatchewan, lost in the memories of everything that happened there. He’s come home for the funeral of his brother Clifford. As he reminisces about things both joyful and troublesome, day turns into night and he camps out in the open, building himself a fire to cook by before turning in for a restless night of sleep.

As an author, Johnson must have sensed that bringing readers back to this special place underneath the stars was a logical way to let us ‘rest’ in between memories. While he struggles with his guilt around his relationship with his late brother Clifford, we the reader struggle to make sense of Harold and Clifford’s existential discussions, and of all the things to remember about a sibling gone too soon, it’s strange these particular conversations dominate the narrative. I must confess we never get a true answer as to why this is, as Johnson slides major, perspective-changing events into the book, quickly glossing over these dramatic happenings to return back to the ongoing debates he held with his brother. Is this simply a typical case of a male avoiding emotion and favouring ‘safer’ topics? Or is the avoidance of these difficult memories suggesting something more important? Perhaps we are focusing on all the wrong things?

My favourite part of the book is towards the beginning when Johnson remembers his earliest memories, many of them dotted with his brother’s games, and his father’s teachings. In response to one of Clifford’s diatribes, their father says the following: “That’s a very interesting idea you have. But have you thought about how you’re going to use that idea to make things better?” (p. 51 of ARC). Aside from the fact that this is thought-provoking statement with ALL KINDS OF RELEVANCE, the gravitas of these words reminded me of a few months earlier when I saw Harold speak, and it seemed like everything he said was a measured, thoughtful response to what was going on around him. He didn’t say much, but what he did say was dignified and receptive, just like his father. Unfortunately Johnson doesn’t get to know his father well because he dies when he’s still young, but the small glimpses we get of him are so clearly meaningful, for both the reader and his kids.

Needless to say this book isn’t for everyone. I must confess I was bogged down by the ongoing discussions between Clifford and Harold, yet I’m so glad I pushed through because Johnson’s words and recollections are worth reading and committing to memory. Knowing where he came from and the difficult circumstances he surpassed to reach his current position as Crown Prosecutor and graduate of Harvard Law School, his trajectory may sound unbelievable, but the free thinkers he was blessed to be surrounded by are a great testament to the power and importance of family.