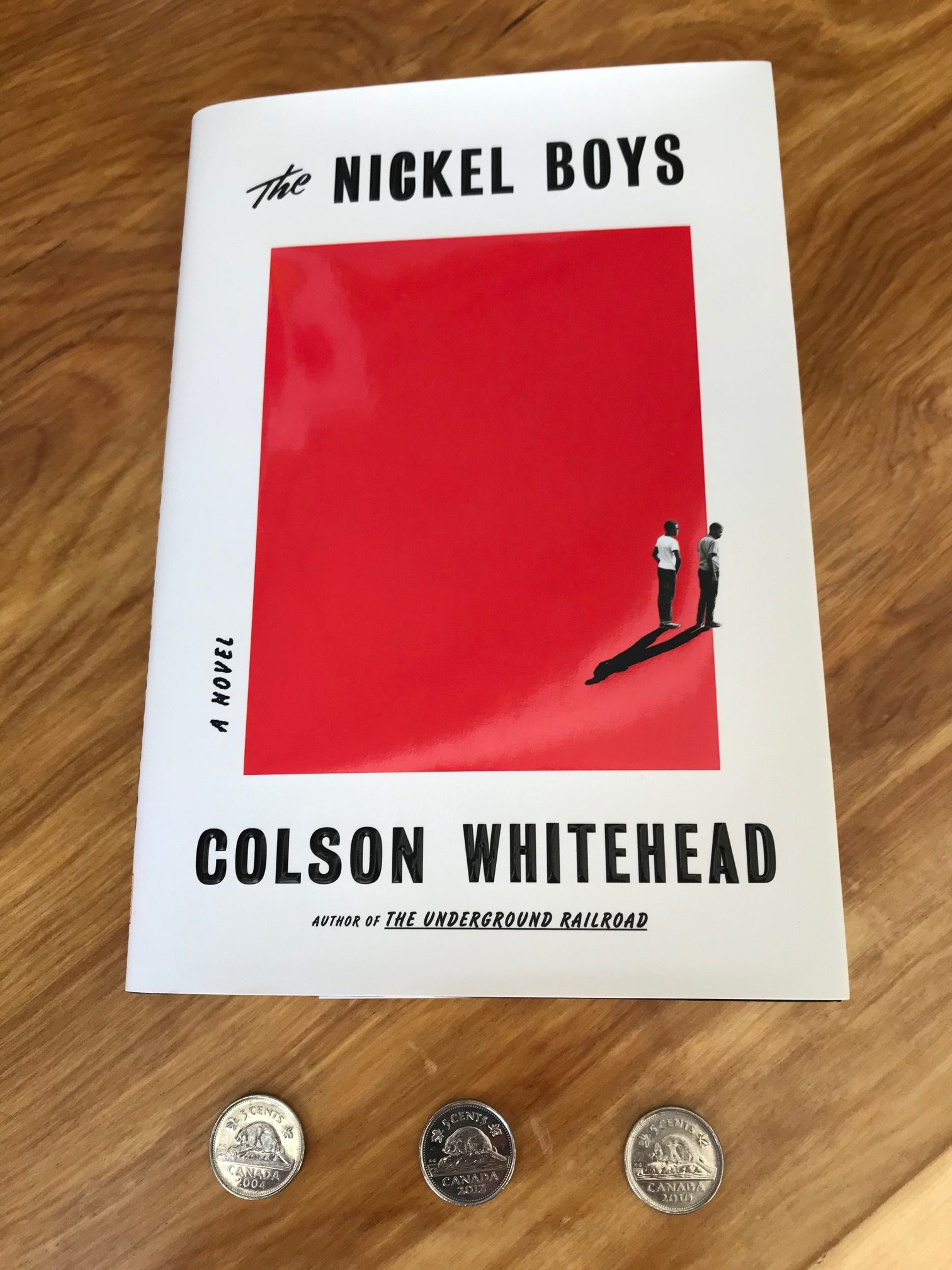 I’m reminded of a particular quote: “This might hurt a little. Be brave.” when I think of The Nickel Boys by Colson Whitehead. That sentence appears at the beginning of Megan Gail Coles’ book Small Game Hunting, but it’s all too applicable to this novel as well because Reading Nickel Boys will be painful. I have no doubt I had a permanent grimace on my face as I turned the pages, and that grimace was due to the shockingly unfair circumstances the characters find themselves in. When this book came out in 2019 it was released to wide-spread praise, and I’ll happily agree with every positive thing that is said about this book; Whitehead is a stellar writer with the unnerving ability to dump his readers right into a situation, however uncomfortable that may be. Still though, don’t pick up this book unless you’re prepared for what lies ahead.

Elwood Curtis is a young boy when we meet him, and despite the poverty he grows up in and the absent parents he knows almost nothing of, he is destined for success. He is incredibly hard-working, kind, and excited to learn. Martin Luther King Jr.’s speeches become Elwood’s obsession, and when he finds himself in a difficult situation (which is often, being black in a southern state in the 1960s) he recites King’s words to himself in an effort to rise above whatever indecent comment or action is being thrown at him. One day he makes the mistake of a trusting a stranger, and as punishment is thrown into Nickel Academy, a reform school based on the Dozier School for Boys, a horrific place that bears a frightening similarity to the residential schools of Canada. There, he endures abuse and torture that may seem unthinkable, but as a Canadian who has read much about the residential school system, I know these types of institutions were far too common back then.

The fact that Elwood is such a good boy makes the injustice he faces that much more painful as the reader to witness. Speaking of which, the problematic nature of writing black characters as either really good, or really bad is explored in this great piece in the Globe and Mail about Nickel Boys-I highly recommend reading it as it does such a thorough job of picking apart this complicated issue. Some may dismiss these types of books as manipulative because how could you NOT feel terrible about what these characters endure, especially knowing it’s based on real people and places. But that being said, we need these books as part of our canon, they bear witness to the tragedies we have inflicted upon our fellow humans, and only by relieving these mistakes and the pain they’ve caused will we ensure they never happen again. This is the same reason we need books that detail the pain of the residential school system on the indigenous population-clearly it needs to be drilled into everyone’s memories for it to stick.

Reading this book doesn’t make you a martyr because it’s so well written. In fact, it rewards its readers with a twist you will not see coming, and there is humor and tenderness between the young boys’ relationships that soften the blows the adults regularly inflict. The story is quite short, and it’s a wonder that in such a small page count Whitehead is able to create a well-fleshed out character such as Elwood. The plot moves forward and backward intermittently, baiting the reader into guessing the outcomes but offering only a small window of possibility based on the graveyard introduced at the very beginning of the book. Our hopes are raised and dashed at various intervals, but these ups and downs are only fair, given the topic at hand.