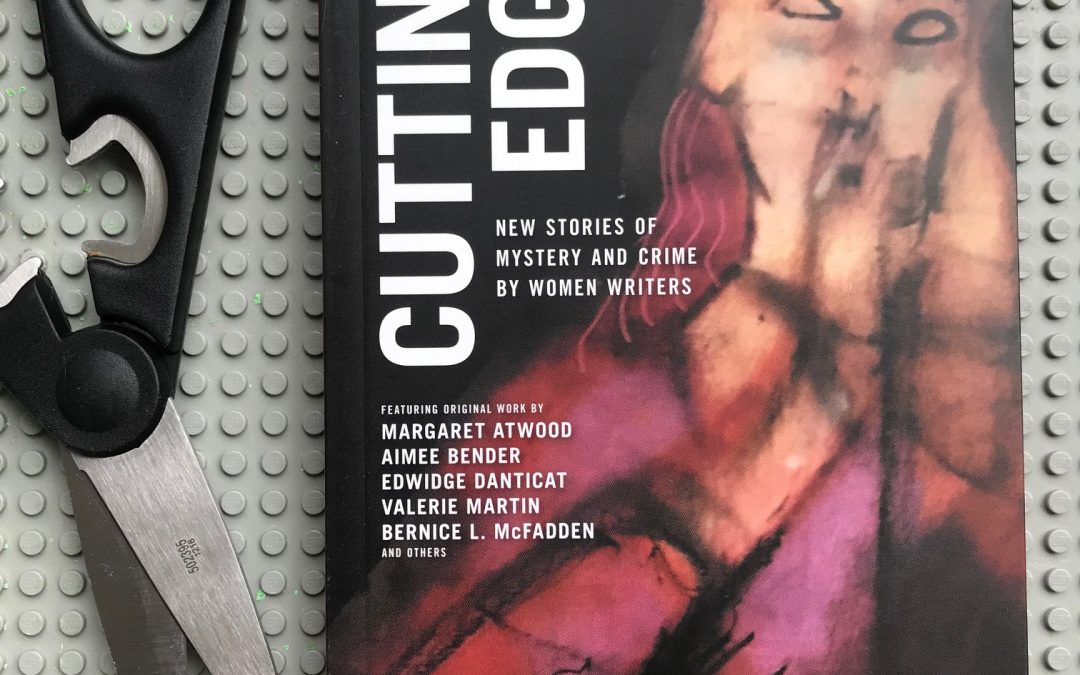 In 2018 an award called “The Staunch Book Prize” began, and it’s awarded to “ a novel in the thriller genre in which no woman is beaten, stalked, sexually exploited, raped or murdered.” Although there was lots of criticism surrounding it, it does raise an interesting point, which is the proliferation of violence against women in this particular genre. This common plot thread is why I jumped at the chance to read Cutting Edge, New Stories of Mystery and Crime by Women Writers, Edited by Joyce Carol Oates. What would an anthology of stories look like if only women were the agents of violence? Who would the victims be? As I suspected, the gender of the author doesn’t change the severity and type of crime, but there was definitely a tendency to give the violence a bigger purpose.

Oates’s introduction digs into the origins of the genre of noir and a female’s typical role in it, usually that of a dangerous seductress playing second fiddle to a troubled detective or other male protagonist. The stories included in this new collection flip that idea on its head as it centers on dangerous women with men as an afterthought, if they are included at all. The first story titled “One of These Nights” by Livia Llewellyn sets the dark and threatening tone for the entire book. It’s about some vengeful teenagers, threatened by a friend’s actions and the lengths they’ll go to punish her. But simmering below their malice is the suggestion of sexual abuse by a father figure, discoloring the whole narrative and complicating the intentions of each character. Shortly after that is a graphic story by Lisa Lim which explores violence within a multi-generational family, and as you’ll see in the picture below her purposefully crude drawings are terrifying.

The atmosphere of the entire collection is fraught with evil and dividing the sections are creepy images by artist Laurel Hausler, many of them having a very gothic feel to them. And although every single story may not end in death and despair (some are very introspective) most of them do raise this question of what is justified. Not exactly vigilantism, but many of the women featured are either taking their revenge, or acting out in response to an injustice done to them in the past, typically by men. So often in noir, men behave badly and don’t receive any repercussions; in this book the wrongs are being acknowledged and punished, which isn’t exactly a positive thing, but it does satisfy an imbalance that’s existed in this genre for generations.

I haven’t read much Joyce Carol Oates but I’m not surprised this collection is also so incredibly thoughtful because she has that reputation. There has been great care taken to represent all aspects of femininity; young women, older women, lesbians, women desperately in love with their male partners, women taking care of other women, it’s all in here, all ripe for destruction. The collection ends with some strange poems by Margaret Atwood and an unnerving story about a self-proclaimed assassin by Oates herself, capping off a wonderfully creepy set of stories with an equally upsetting ending. Although that may not appeal to some readers, people who like reading about the darker side of life will appreciate this anthology, and if nothing else, it will serve as an effective distraction because it’s impossible to not get sucked into these stories.