Book Review: The Children of Red Peak by Craig DiLouie 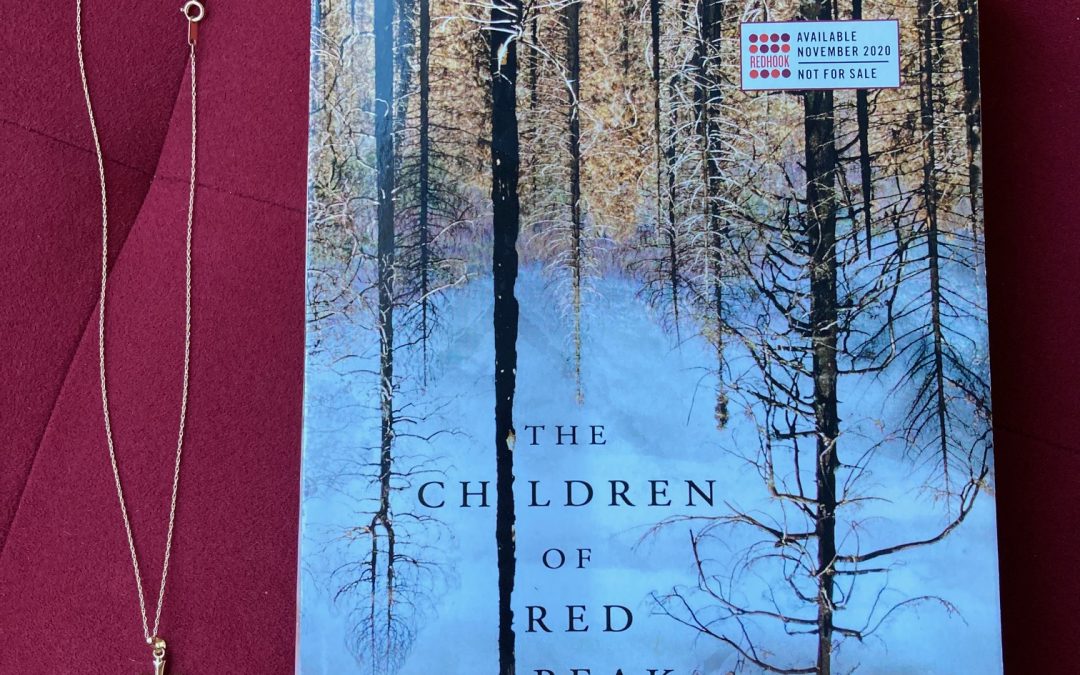 I’m getting a head start on my Halloween reading this year, and I think I’ve begun with two of the scariest books released this Fall. The Residence was a spooky ghost story I finished last week, then I dove right into The Children of Red Peak by Craig DiLouie. Reflecting back on this decision, I’m thinking I should have read something humorous to cleanse my palate because Red Peak was terrifying, most likely one of the scariest fiction books I’ve ever read. It’s almost as if my unease from the last book simmered in the background while this newest one layered another frightening experience on top of it. Just having this book on my nightstand made me uneasy, so I guess that’s a sign it did its job well.

David, Deacon and Beth are the only remaining people that survived the ‘Medford Mystery’ a cult of families that disappeared without a trace in 2005 after committing a mass suicide steeped in religious delusion. As the 15th anniversary of that fateful night nears, the survivors come together to commemorate their experience, and to climb Red Peak in hopes of gaining some closure. Each of them struggle with their trauma in different ways; David has become an exit counsellor for others who are in cults, Deacon is a heavy-metal musician who screams out his trauma, while Beth is a psychologist who keeps her life obsessively simple and closed off. What they all have in common is their escape; while most parents murdered their own children as part of the suicide pact, Beth, Deacon and David were able to escape, along with David’s older sister Angela. Another woman Emily also escaped, but commits suicide at the very beginning of the book after leaving her three friends separate letters that includes her account of the supernatural things she witnessed that night. The horrific violence and torture they were exposed to continue to haunt them all, so they reconnect to aid in their healing.

Clearly this book is not for the faint of heart, and for those who have had any kind of religion forced upon them, they should steer clear of this one because it really does lay bare the hypocrisy of Christianity in its extreme forms, which will probably trigger quite a few people. After reading this graphic memoir about one person’s escape from a religious cult, I’m not surprised how common these groups actually are, and the idea that many people can make a living trying to extract people from cults is entirely believable. DiLouie does a fair job of portraying the reasons people join groups like this in the first place, because not surprisingly, they almost always start off with good intentions. This book’s particular group start off positive, happy, and fairly normal. The descriptions of their community remind me of an Amish or Quaker settlement; no modern conveniences, but plenty of food, positive communications and a desire to simply be better while still being able to express individual freedoms. It’s once the group becomes convinced they need to move to Red Peak because ‘the ascension’ was coming that things take a dark turn. Slowly a group psychosis takes over, which ultimately ends in widespread death. Instead of using mental illness and peer pressure as explanation, DiLouie subtly weaves in the suggestion of a higher power that leads to the strange disappearance of the bodies. It’s not until the very last pages that the mystery is finally solved.

Aside from the lingering question of what is behind the disappearance (and make note, I was shocked at the ending!) DiLouie draws out the reveal of what actually happened those last few hours by dipping us in and out of the character’s childhoods. We swing back and forth between these two time periods, which slowly builds suspense while filling in the lives of each character and their present-day coping mechanisms. Because Beth and David each become therapists/counsellors of sorts, we get a glimpse into the scientific explanations of these groups, why they exist, their affect on people’s cognitive development, and the difficulty one has extracting themselves from the trauma of childhood. These backstories help to make the entire narrative more believable, so even though the situations described are disturbing, they are also entirely convincing. It felt like I was reading a fascinating true-crime story with an entertaining cast of characters, and because I was creeped out from start to finish, I definitely recommend this book to lovers of the horror genre.