Book Review: The After Party by A.C. Arthur 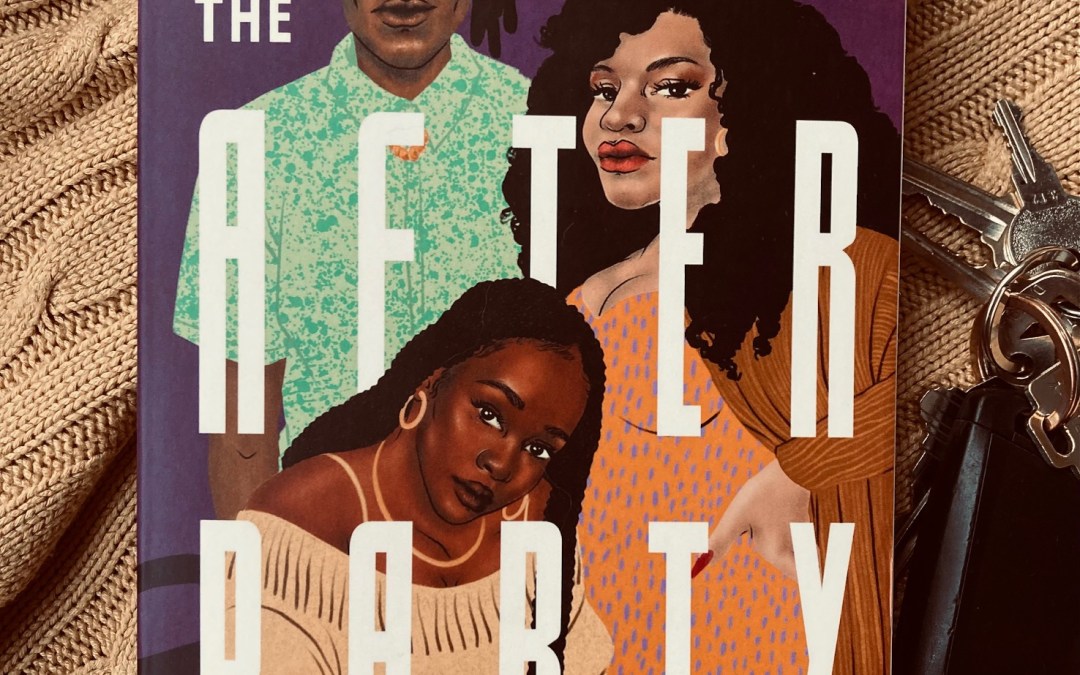 One of the reasons I read is to gain new perspectives, and learn about lives I wouldn’t otherwise come into contact with. This can be done by reading both fiction and non-fiction, which is why I reached for The After Party by A.C. Arthur. It’s a mystery novel that takes place in present day Baltimore, so it may not seem out of my normal comfort zone of reading, but what makes this book new to me is that it features primarily black characters. The three protagonists are all black women, as are the majority of the characters. But the colour of their skin isn’t what’s unique about this book, instead its the fact that the colour of their skin is NOT the focus of this book.

Draya, Jackie and Venus all work at a large construction company, but lead very different lives outside of the office. What they have in common is their hate of an executive at their company, Rufus, so after their Christmas party one night, they all head back to Venus’s apartment to complain about him together, extending their friendship beyond their lunchroom only chats. The next morning Rufus is found shot in the head, and these women are all considered suspects as their hate for Rufus was well-known at work. In an attempt to clear their own names, they begin to do their own amateur investigating, digging into old company files and speaking to Rufus’s direct reports for clues as to who would want him dead. The problem is he was hated by many people, so narrowing the list of suspects is next to impossible. Running parallel to the mystery plot is a heated romance that keeps all three women busy, each falling in love with a different person (men and women), some prospective lovers a more obvious fit than others.

Librarians and hard core bookies will be familiar with the ‘subject’ matter categories that books are typically allotted to by publishers. After Party is categorized as the following:

I’ll often look to these categories to tell me who the audience is for a book because it’s not always obvious, so a quick glance at this listing will tell me there is a queer storyline, and majority black characters – ideal or someone who wants to read outside their typical genre! I wouldn’t go so far as to say this is only written for a black audience (or maybe it is, who knows what the author intended) but it was likely written with the expectation that more black readers would pick it up , thus the “African American” tag.

As I mentioned above, all the major characters were all black (there may have been a few minor white characters, but they were never explicitly described as such) and they spoke using phrases I wasn’t all together familiar with. Those two things were the only differences between this mystery and this workplace mystery that I reviewed a few years ago that The After Party reminded me of. In fact, race itself doesn’t arise in this story at all, the characters are simply black instead of white. I’ve definitely read books before that feature all (or mostly) black characters, but those books would have been written about race, i.e. the immigrant experience, or slavery. Reading this book that really opened my eyes to the fact that so many mainstream books feature only white people (with maybe a few characters of colour mixed in) but still centering the white experience. Diversity in writing is improving, but black people’s lives are rarely centered in books that are marketed towards me, and quite frankly, the majority of the reading public.

Aside from that revelation, the mechanics of this book and its writing is very strong. The plot was well-paced and believable and the women’s growth together as friends was satisfying and timely, especially given this book takes place the weeks leading up to Christmas. There’s lots of action (both criminal, and sexual!) so it held my attention well, and I was surprised by a few character developments by the end. I’ll have to say I’m quite pleased with my attempt to broaden my reading horizons. I’ll be looking for more future mysteries by A.C. Arthur who also goes by Lacey Baker, known for writing paperback romances.