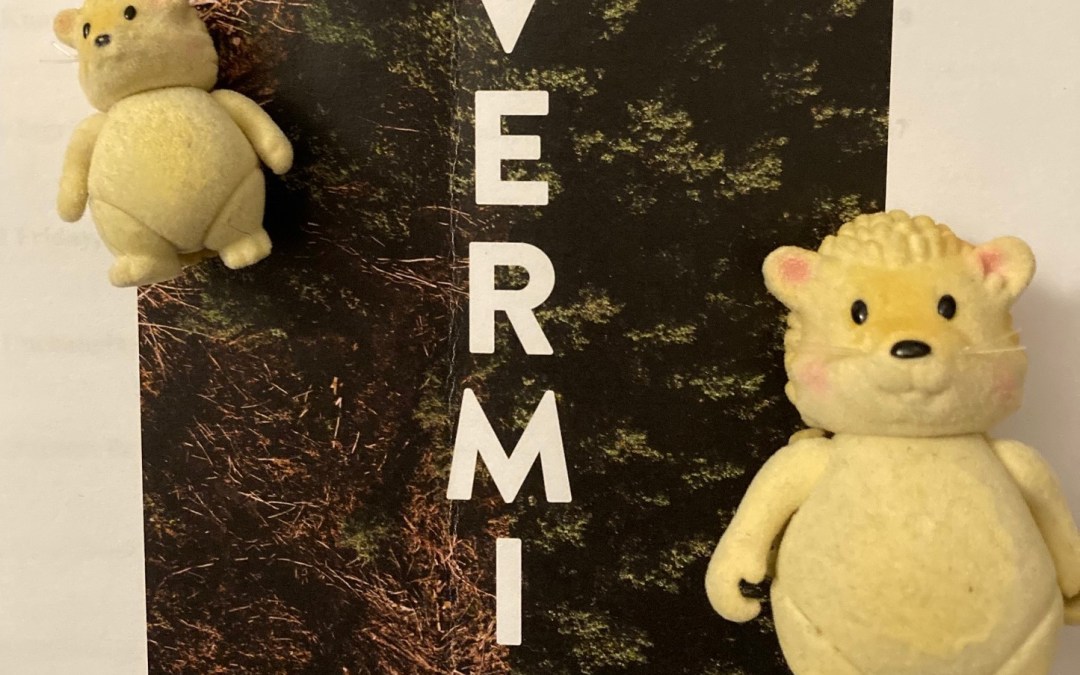 As the economy continues to take a nose dive here in Alberta, I’m becoming more and more determined to read local and encouraging others to do the same. When possible, buying locally-authored books from an independent book store is even better because it keeps the money in your community PLUS it helps the publishing industry as a whole. Vermin by Lori Hahnel is a short story collection that’s been sitting on my shelf for far too long, so I’m glad I finally got the chance to read it. I don’t know why I kept putting it off because I blasted through it in a matter of days, some of the stories being only two or three pages long. With a wide range of settings, time periods and tones, every story was a new adventure to embark upon, and I found myself wishing many of the pieces were longer because I loved getting to know all the fearless females in these pages. I should also offer the disclaimer that I do know the author and fellow Calgarian Lori, I was lucky enough to serve on the Writers’ Guild of Alberta board of directors with her a few years ago, but as I always point out, I wouldn’t review books from friends of mine unless I truly loved them, so you can trust my opinion on this one.

Vermin contains 20 stories in less than 200 pages, and we encounter an incredible range of people and situations in such quick succession that the best way to describe this book is ‘whirlwind’. The majority of the stories focus on a woman who has been disappointed by a man. This disappointment comes in many forms; one man dies unexpectedly, another remains mysteriously withheld, one simply makes promises he can’t keep. Even young girls aren’t immune to the irritation of the opposite sex when a group of local older boys taunt them about the definition of ‘naughty’ words, and the girls get an earful after passing along their innocent inquiries to their parents. Hahnel also takes us inside the minds of some historical women, one of them being the (potentially fictional?) girlfriend of famous Canadian painter Tom Thomson. One of my favourites is “The Unchanging Sea” all about a woman falling for a man who likes his partners unattainable-the title is a reference to the way his eyes change once he realizes his object of affection is a human being with her own desires. But not all the stories center on men and woman, another notable piece details an afternoon of two old friends meeting up at a mall food court and slipping into their toxic roles from childhood. This isn’t a collection of stories about how men treat women badly, instead it’s a collection that highlights the breadth of emotion that’s born from subtle actions and major events alike.

Many of these stories aren’t focused on plot, instead, an event will happen off the page, and the majority of the narrative is taken up by our protagonist or narrator reacting to it. If a major shift does occur, it happens quickly, in a sentence or two, and we are left pondering the repercussions along with our characters. The titular story is chilling, and the threat remains mainly off page until we discover why the fear exists in the first place, and then this realization comes crashing down in the last few pages. Our brave female protagonist is bolder than given credit for, and she surprises both the herself and the reader with her nonchalance. “Reference Question” strikes me as a unique piece that stands out because its subject is so different from the rest. Our narrator is a very pregnant librarian, and she’s working an evening shift with a colleague who is enduring a round of chemotherapy. Halfway through the shift her coworker’s anti-nausea medication is stolen by a patron, and an urgent order is placed with the local pharmacy to get it refilled. When they say goodbye at the end of their night, it’s suggested they may never see each other again, and Hahnel perfect depicts that awkward goodbye between long-term coworkers. Even though so many of the stories focus on thwarted romance, there are outlying situations like these that remind us how fragile any kind of love lost can be.

My only complaint about this collection is that the shorter pieces seem unfinished. Ultimately, the book would have been stronger if these smaller pieces weren’t included. “Love Story” is told from a first-person perspective; a woman named Sandra whose partner Jack breaks up with her in a few paragraphs of text. The third and final page is Sandra witnessing Jack talking to a new woman, potentially a new love interest. The last few sentences are about Sandra’s confusion over whether or not Jack was happier: “I would have thought maybe he was happy, but he had that same strange look on his face I’d never seen before” (p. 139 of ARC). This last line is ambiguous, which left me pondering what the point of the story really was. I would have preferred getting to know Sandra more because the glimpses into her life were thought-provoking, but ultimately I wasn’t given enough to truly care about her.

Despite my minor complaint, Vermin is an immersive collection of short stories that demonstrate a notable breadth of talented writing. This can be read in a few short sittings, or drawn out over weeks because each setting and plot is so different from the last. Dipping in and out of this book is a rewarding way to read it, but if you’re anything like me, you won’t be able to hold back in devouring as many pages as time will allow.