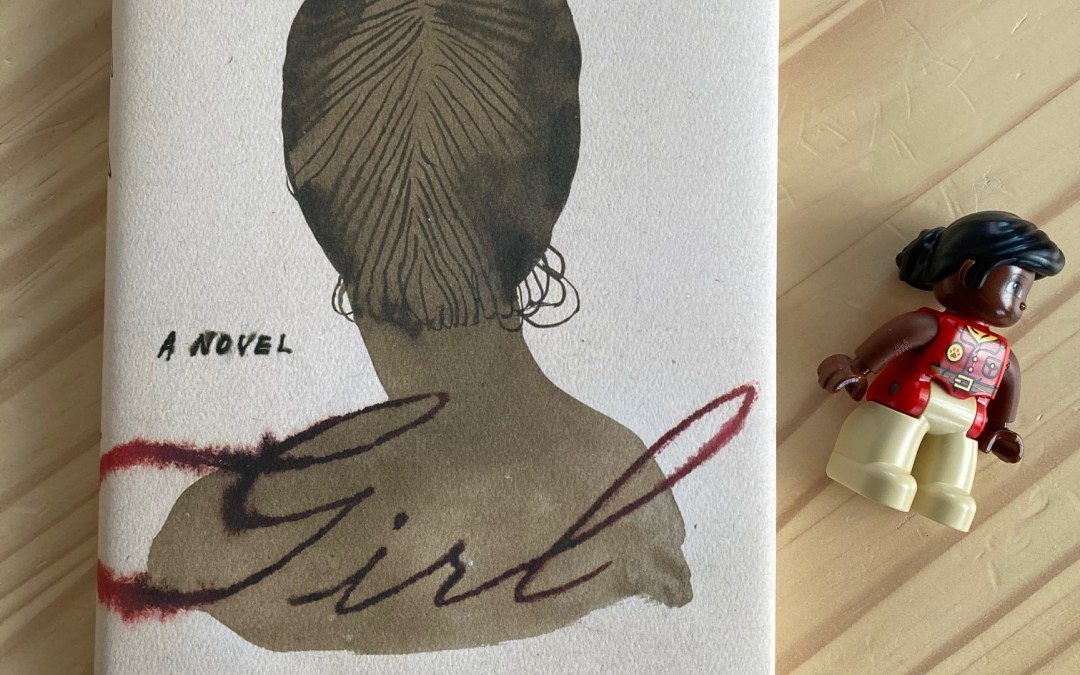 A few months ago I reviewed a book on this blog that raised the question; why read a book when you know it is going to be disturbing? Because I am a paid book critic, I consider it my duty to read all kind of stories, even when they don’t appeal to me. The breadth of my reading helps me become a better book reviewer, and it’s this thinking that leads me to pick up books I dread. My hope is to not scare off potential readers, but help ease them into these stories they may be hesitant to crack open. Girl by Edna O’Brien is the perfect example; it’s a (fictional) story written from the perspective of one of the girls kidnapped by the Boko Haram in Nigeria back in 2014. Obviously this is going to be a challenging read, in fact I can’t even offer a sufficient trigger warning because it includes just about every kind of violence imaginable. Still, it’s an important and worthwhile book for those who can manage it.

Maryam is a young girl when she is taken by Boko Haram from her school. The book begins with her terrifying capture when her and her friends are stolen away in the middle of the night. They are taken to a bush camp deep in the jungle, where other women and girls act as slaves for the growing jihadist army that kidnaps other kids and brainwashes them into their ranks. This group is essentially breeding child soldiers to do their awful bidding. Treated worse than an animal, Maryam is worked to exhaustion during the day, and raped nightly in a ritualistic manner meant to bolster the male soldiers and break the women’s willpower. She is eventually married off to another solider who lives in the camp and impregnates her. A few months after giving birth to her daughter Babby, Maryam runs away with another girl when the camp is attacked, going even deeper into the jungle to escape the escape their captors. Lost and starving, with a baby to protect, Maryam aimlessly wanders around. Going from one dangerous situation to another, it’s a miracle she has survived, but the terrible stigma that attaches itself to the returned girls is just one more obstacle she must face.

It may help to know that Maryam escapes the camp when you start this story, it certainly helped me, because as soon as the book begins she is swept into a life of fear and violence, enduring atrocities that most people can’t even begin to imagine. A little less than half of the book is spent on her time in captivity, and the descriptions never feel gratuitous, so that offers some respite from this dark subject matter. Her time in the jungle is full of uncertainty, and as she struggles to find food and water, she enters a sort hallucinatory state that makes the plot difficult to follow at times. Much of the danger she faces seems like a nightmare, but the descriptions aren’t visceral so it feels like we are somewhat removed from the physical inflictions she experiences. It’s not until she finds her way back that we feel on solid ground again, which I can only assume is a form of self-protection for the reader, writer and characters together. For short times we also inhabit other bodies, learning their stories of how they came to be captured by Boko Haram, written in italicized font to demonstrate separate voices. I found it strange that the author chose this very clear way of delineating voices, when the rest of the narrative was so unclear to me.

One aspect of this book that I struggle with is the fact that a white, older, middle-class woman has written it. Presumably, she has little in common with the girls who were taken by Boko Haram, but it’s clear she did lots of research, visited the affected areas, heard first-person accounts, and took every care imaginable to write a story that would honour these tragedies. Still, this book would have been far more effective if it was written by one of the girls themselves, or based on a particular girl who told her story to O’Brien. Instead, it is a novel, a fictional account based on all the aforementioned work O’Brien did. Perhaps it is too soon for any of the survivors to feel ready or well enough to reflect back on that time in a piece of art such as this, but I can’t help but wish it was their voices directly that we were hearing from. This is the first book about the Boko Haram that I’ve come across, but as their reign of terror continues, it’s stories like these that we need to read more of so the international community will be pushed to take further action against them.