Book Review: Waiting for a Star to Fall by Kerry Clare 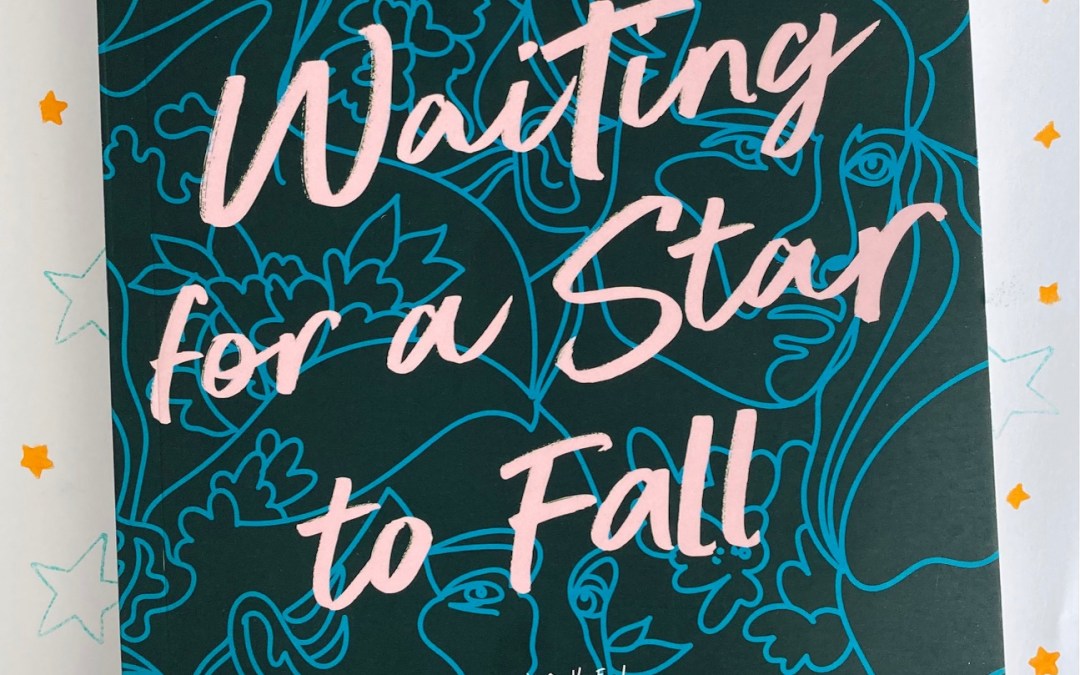 Many Canadian book lovers will be familiar with the author Kerry Clare, as she has her own wonderful blog where she reviews books, plus she’s the editor at 49thshelf.com which is a helpful resource for those looking to find the latest books being released in Canada. Clare’s second novel is Waiting for a Star to Fall, which is considered contemporary women’s fiction but goes a little deeper than what this genre typically offers. Despite what the blurbs say on the cover, this book is not really a love story at all, but a coming-of-age tale, and a warning to those who get caught up in someone else’s hopes and dreams. I read this book while the Matt Gaetz scandal simmers down south, and although this story has a different plotline, the allegations between the real-life politician and the fictitious one in this novel are hard to ignore; men behaving badly both on and off the page!

Brooke is 23, killing time at a job she doesn’t care much for, and living in a basement apartment with one window that allows her a view of people’s footwear only. She’s most recently moved back to her small hometown after working for a few years in a whirlwind job in a big city as a staffer for the well-loved politician and party leader Derek Murdoch. As the book progresses, we learn why Brooke left such a plum position and how she ended up where she is now, living underground without any friends to lean on. Through a series of flashbacks and newspaper articles, Brooke’s past year comes into focus; Derek was a well-loved ‘everyman’ with a desire to do good in the community, but with a slightly shady reputation when it came to women, especially those younger than him. Although he’s in his late 30’s and technically her boss, he begins a clandestine relationship with Brooke, then we quickly discover he’s been accused of sexual misconduct by multiple other women. As Brooke sorts through her conflicting feelings about Derek, his reputation is both built up then torn down by emerging eyewitness accounts and statements, and us readers are along for this rollercoaster ride of emotions.

What I loved and appreciated the most about this novel was the author’s tender depiction of Brooke, and the highs and lows of being at the beginning of one’s adult life, especially as a woman. In some ways we women are treated as adults in our 20s; expected to live on our own, work, and build a life. But in other ways, especially in the eyes of men, we are a trophy of sorts, their belief that we are so innocent that we lack any sort of agency, and so young that nothing really serious can damage us emotionally either. Any woman will know this is unfair, but the type of romantic relationships we choose at that age can have such a lasting impact on our self-esteem, it’s worth the time and analysis that this book gives to that particular stage of life. At first glance the novel’s marketing blurb may lend one to believe that it focuses on the silliness of this age, but the fact that this book is dedicated to ‘every woman who was ever 23’ is really an acknowledgement of how careful we must be when judging young people who find themselves at this precipice of adulthood.

Something else that this book does a really good job of depicting is another facet to the #metoo movement, and the various shades women find themselves in when personally involved in these situations. The language of this book is straightforward, and because it is mainly plot-driven, we rarely get bogged down in description or unnecessary detail. Still, we do spend quite a bit of time in Brooke’s head, and her internal conflict over whether to defend Derek or not is strangely comforting to read, because it reminds us that no one has the playbook, even those who are in politics and used to spinning stories to their own advantage. She seems genuinely skeptical as to whether these allegations about Derek are true, yet she’s reluctant to voice these concerns because she doesn’t want to seem like a ‘bad feminist’, especially because Derek himself has proclaimed himself a feminist (for more on being a bad feminist, Margaret Atwood’s essay from a few years ago highlights the range of viewpoints one can find in the general label of ‘feminist’).

Derek’s guilt or innocence is beside the point, in fact, I didn’t care either way about him or his actions, it was the impact of them that had me riveted. His character is expertly drawn in this book, because it reminded me of so many men (boys) I have known, and will no doubt continue to come across for years to come. You know the ones I’m talking about; charming, smooth, and rarely worth the trouble. Still, it was fun to revisit this time in my life through the eyes and experiences of Brooke, but it also made me so thankful for the current stability I enjoy with my husband.