Book Review: How a Woman Becomes a Lake by Marjorie Celona 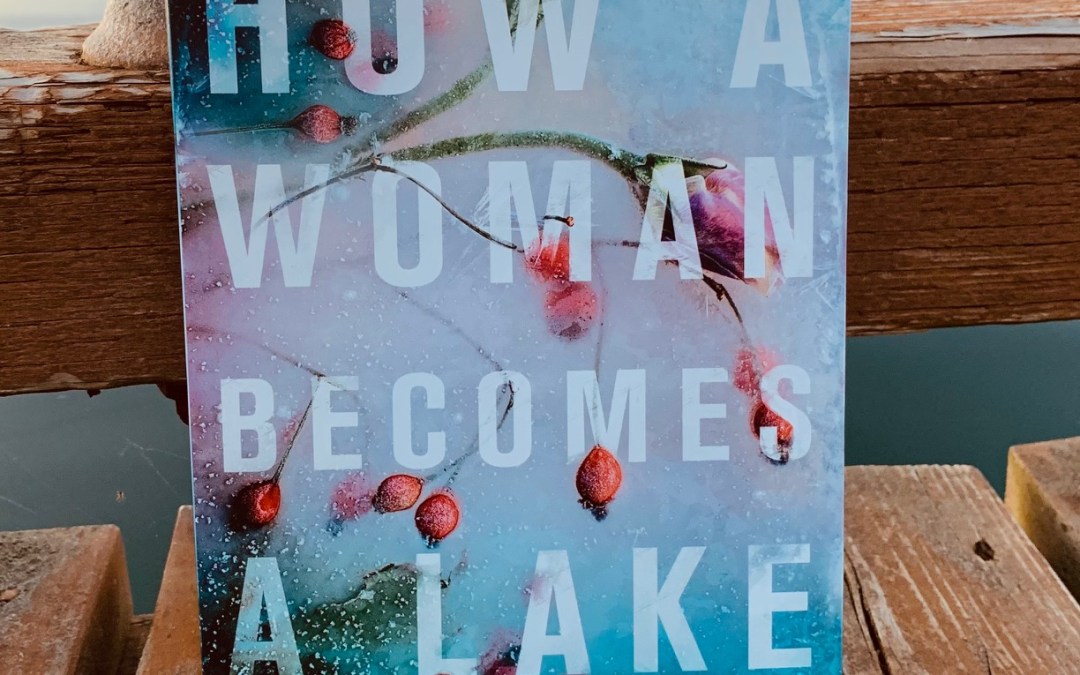 I remember when Marjorie Celona‘s first book was released, Y. It came with huge buzz, her publishers were relentlessly pushing it to all the Canadian book festivals, and international rights were sold widely. It was awhile ago now, so I don’t honestly remember my reaction after reading it, but I do recall this buzz, which is why I was excited to read her sophomore novel, How a Woman Becomes a Lake. This one has gotten mixed reviews, some Goodreads reviews pointed to the depressing characters and plot as a reason for not enjoying it. I don’t mind a depressing read now and then if the writing lifts it out of darkness, which this one certainly does. It languished on my book shelf for over a year because other books called me to more urgently, but I finally found the time to read it, while I was in Victoria, British Columbia no less, Celona’s hometown. Not quite literary fiction, but not quite a mystery either, this book offers a little bit of everything, which is what kept me so enthralled from start to finish – I read it in 24 hours, probably a new record for me.

Vera sets out for a walk on a snowy New Year’s Day morning with her dog Scout, and never comes back. Because her marriage is failing and neighbors had overheard an argument, Vera’s husband Denny becomes the main suspect in her disappearance. But the lake where Vera’s car is found is also the location of a strange family disagreement. An alcoholic father, Leo is desperate to show his kids Dimitri and Jesse he cares about them, but when he leaves them for a few minutes beside a frozen lake to run back to his car and grab a pack of cigarettes, he returns to find Dimitri missing. A police officer finds Scout after a call is placed to the station reporting a lost child, but only this dog is found, no sign of a missing child, just Vera’s car running with the door still open. Slowly we learn more clues about what happened that day, to both the children, their father, and Vera. The plot ticks along steadily but slowly, and rather than focusing only on Vera’s disappearance, the thinning bonds between Leo, his kids, and his soon-to-be ex-wife pushes against the other storyline, soon eclipsing it entirely. The reader is not transfixed by what happens that day, instead, we are pushed to wonder what happens next. What does the future hold for these people, and how can they go on after this?

I don’t want to describe my reactions to the plot developments too closely as I really want people coming to this book for the first time to be as surprised as I was, to succumb to the suspense working its way through the slow developments of those first few chapters. Celona doesn’t rely on the cheap trick of vaguely referring to ‘that day’, keeping readers in the dark while the characters remain purposefully coy. Instead, as we gradually learn the truth of that day it informs our perceptions of each character, and our judgements of them. I didn’t find this book depressing, I found it honest. Celona’s characters behave selfishly, especially Jesse and Dimitri’s biological parents, but it truly does come across as them just doing their best.

Childhood trauma is another common theme that runs throughout, bullying its way into many lives, leading the trajectory of the plot in many ways. Childhood and adulthood are two distinct phases of life in this book, and characters young and old struggle to relate to one another. Love is both destructive and healing for these characters, never actively withheld, but struggled against nonetheless. The marrying of Celona’s descriptive writing along with a plotline filled with tiny tragedies is what propelled me through this book, but the character development is what keeps me returning to it in my mind, long after I finished the last page. At the cusp of a turning point near the beginning of the book, Jesse thinks to himself:

Whatever he had been unable to feel before, he felt now–a real sense of panic, tears forming in his eyes, a desire to reach up and peel back the sky to reveal some other universe, some other possibility (p. 46).

Each character seems to desire another place, another life, or another parent. They all seem to feel let down in some way, struggling against the current of their everyday life. This reality can turn off many readers, but again, I only saw the realism of this, as sad as it sounds. Their developments and personalities aren’t meant to make us feel better, they are simply there for us to observe.

It’s not a book for everybody, certainly not those looking for a fast-paced thriller, but I appreciated the honesty of this perspective, and the edges of mystery made it more entertaining than I had originally expected.