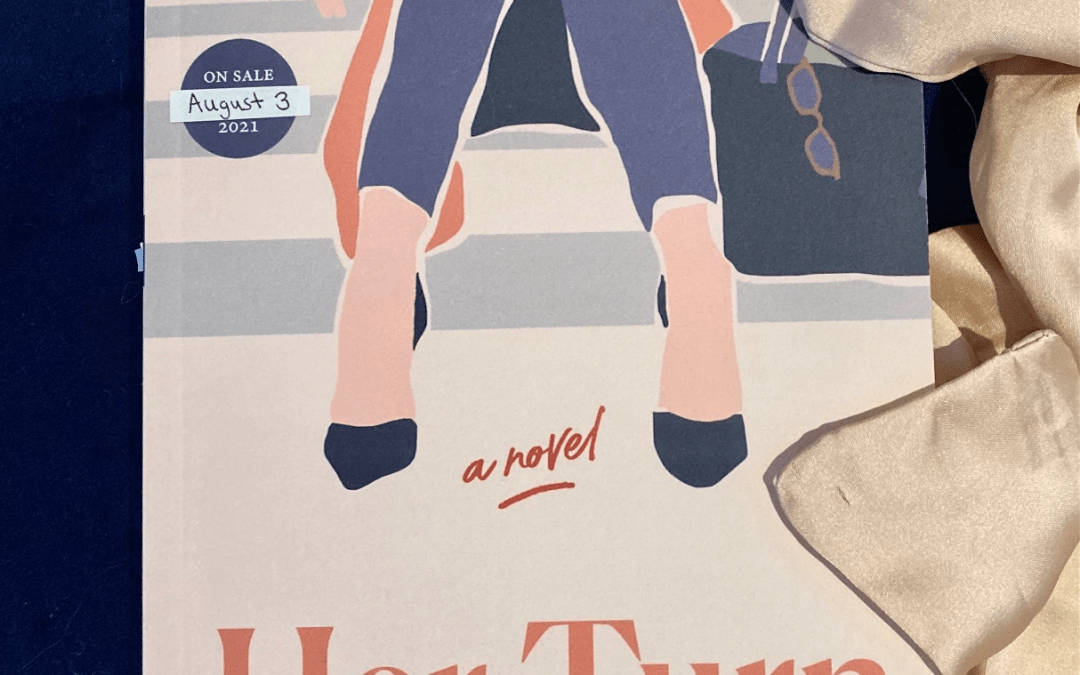 I love reading about a fed-up lady. There is nothing more entertaining than reading the inner (and sometimes outer) thoughts of a middle-aged woman who is just sick of it all. One of my favourite books in past years was this little gem, which is why I was so eager to read Her Turn by Katherine Ashenburg, because it’s written in the same vein: from the perspective of a divorced 40-ish year-old woman. There were so many little lines and thoughts that I bark-laughed at while I read this one. I devoured it in two days, and was even a little disappointed when it ended because I wanted to spend more time with our protagonist Liz. For the record, I’m rarely unhappy when I finish a book because I’m usually so excited to jump into the next one, but in this case I wanted to keep following Liz around, even if it was just to work and back.

Liz is the editor of My Turn, the personal essay section of a prominent Washington newspaper. She’s also a divorced mother of one adult son Peter, whom she is close with. Her ex-husband Sidney lives across the country in Seattle with his second wife Nicole, whom he had an affair with for an extended period of time before him and Liz divorced. Despite this painful past Liz is fairly happy with her life; she has a group of reliable friends, a social calendar that is satisfying but not overwhelming, a cast of men she is seeing, plus she enjoys her job. But when an essay is submitted to Liz by Nicole, complaining about the lack of effort her husband puts in at Christmastime, (Liz is not named as the My Turn editor, her actual name rarely appears in the paper) she is faced with a decision: ignore the submission, respond to it anonymously, or tell Nicole who she is? This is fun fiction, so of course Liz responds to it anonymously and starts giving Nicole relationship advice masked as writing advice. But this isn’t the only bold move Liz has up her sleeve, she also begins to select and print controversial essays as part of her column, which puts her in the line of fire with her management. We follow Liz over the course of a few months as these uncharacteristic moves begin to push her once-comfortable life into something on the verge of imploding.

The best part of this book, by far, is Liz’s internal voice. She is generally a very agreeable woman, and since her divorce is getting better at setting her own boundaries with others, but she’s also experienced enough to express snark where snark is needed. For instance, her stories of dating in middle-age are ripe with humour; although she is exasperated when men insist on fact-dropping to proclaim their superior intelligence (or act surprised when she does her own fact-dropping to counteract theirs), she takes it in good stride and still gives them a chance. She is sleeping with one poet who is fairly selfish and mooches off her at any point possible, but despite this irritation, he’s a very attentive lover so she sticks with him. She is most vulnerable around her son who she loves more than anything else in the world, but he too can be aggravating, especially when he announces he has become vegetarian after she’s cooked his (former) favourite meal, lamb chops:

“No thanks? But you love lamb chops.”

He had the grace to look slightly embarrassed. “I’m not eating meat these days. Or hardly ever.”

Other than the bold editorial decisions and questionable correspondence she keeps up wit her ex’s mistress-turned-wife, there is not much that happens in Liz’s life to drive the narrative forward. Instead, it’s her internal development that piques my interest, because I really didn’t know how things were going to end up for her. At some points it seems as though she’s headed for disaster, while other times it feels like she has enough sense to fix the problems without too much fallout. Her self-realizations are prompted by other people in her life, which comes across as the most realistic possibility. We like to think that being influenced by one’s friends is left behind in our teenage years, but I would argue that we are continually influenced by our friend group as we age, which is no doubt compounded when one’s family is upended through divorce. Liz is a shining example of someone who picks themselves up after a major fall, continues on with life fairly successfully, but still has a great deal of growing to do.

This is an easy entertaining read that promises a lot of laughs, but some insightful commentary about growing older and adjusting to life’s changes. Men would no doubt roll their eyes at most of Liz’s observations, but I was nodding my head throughout. Although we are months away from spring 2022, this book would be a perfect Mother’s Day gift, so be sure to keep it on your radar.