Book Review: Once a Bitcoin Miner by Ethan Lou 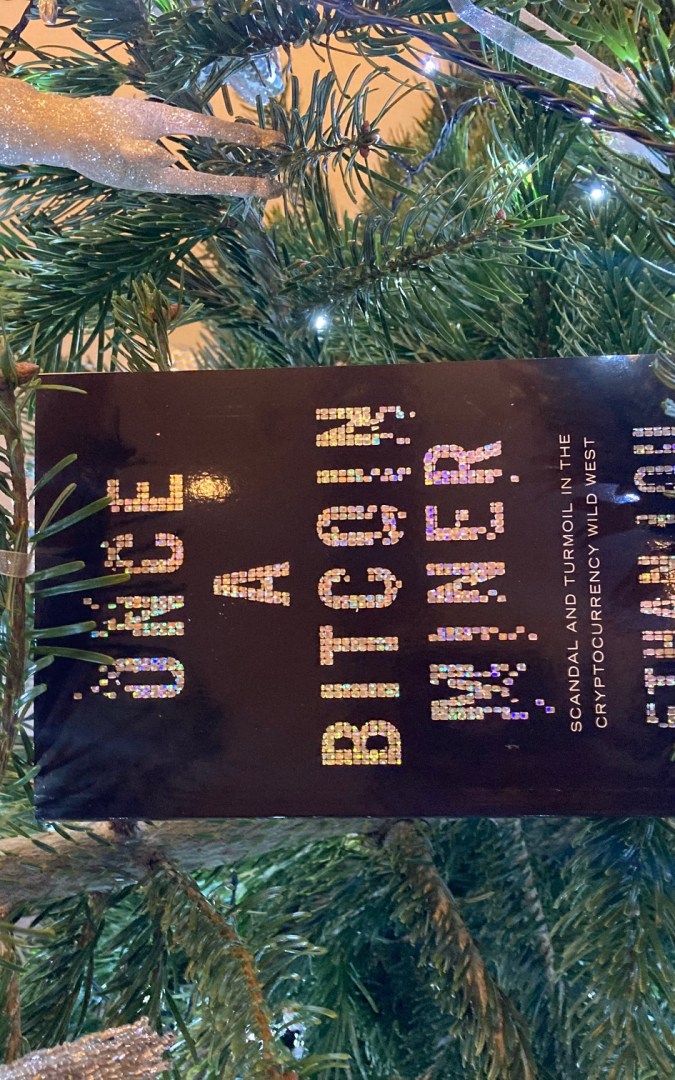 The subtitle of Ethan Lou’s book Once a Bitcoin Miner is: Scandal and Turmoil in the Cryptocurrency Wild West, which is both a figurative and literal reference to what is discussed in this entertaining work of journalism. I’ll admit to being immediately put off by the topic – I could care less about Bitcoin, but having interest in cryptocurrency is surprisingly not required to enjoy this book. Instead, Lou explores the affect that Bitcoin had on his life in Calgary (i.e. the wild west), his career, and his network. The Bitcoin world is incredibly entertaining to read about – more specifically the characters who move within it. I don’t want to say this book is full of gossip because it’s clearly well-researched and supported, but it does reference conversations, text messages, and events that Lou investigated, so snoops like me will revel in the descriptions of what was happening in all corners of this incestuous industry.

In 2013 Lou dumped all his savings into Bitcoin, excitedly jumping on the bandwagon that he heard a few others had. He even gifted some to his parents, but was devastated when it dropped in price just a few months later. Still, he held on to his investment, and continued to make money with it when it reached an all-time high. He also purchased ‘mining’ machines (i.e. large computers) and set them up in a little office off the Bow River in Calgary with a business partner. He mentions at one point in the book that his Bitcoin holdings were worth more than a million dollars. Throughout this time, Lou follows a few Bitcoin players in Calgary and beyond, most notably Jan Cerato, a quirky man living in Calgary who claims he can make people rich if they invest with him. Jan is later investigated by the Alberta Securities Commission and RCMP – a quick scan through his social media proves he is still ‘at it’, so these blips in his legitimacy clearly haven’t slowed him down. There’s also a tale of a man who faked his own death to get out of paying his investors, and another acquaintance of Lou’s who was arrested for providing Bitcoin advice to North Korea. Clearly a cast of colorful characters, this book has plenty of drama to keep the pages moving.

Lou has a distinctive voice that I enjoyed following along with – he throws in many self deprecating jokes, and admits how devastated he was when his BItcoin investment fluctuated wildly. He doesn’t seem to take himself too seriously either; for a time he worked for the news outlet Reuters, but quit his job with a flourish and a farewell email that quoted his favourite television show.

He casually throws in references of doing drugs or attending massive parties every once in awhile lest we think we just holed himself up at home watching Bitcoin all day, but this is all indicative of the wider community of early investors – many got rich extremely quickly and unexpectedly, and were eager to show off their new lifestyles. These brief mentions of the parties and wealth added to the ‘wild west’ aspect of the book, and reminded me a lot of the golden days of oil and gas when Albertans reveled in excess too.

I’ve got a few minor quibbles with the structure of the book; the chapters ended on some unnecessary cliffhangers that were more like jokes – quickly explained within the first sentence of the next chapter, so they became more of a distraction than a tool of suspense. This book could also use a clear timeline of the overall climb of Bitcoin set against Lou’s activities in this world, it was difficult to keep track of what events coincided with each other. Instead it’s sectioned off into years, based on the price of Bitcoin at that time – although still helpful, a few more visual cues would have been welcome. This book reads like a memoir so it will hold the interest of a wide range of readers, and the glimpses into the lives of these new millionaires is a fun enough reason on its own to read it.