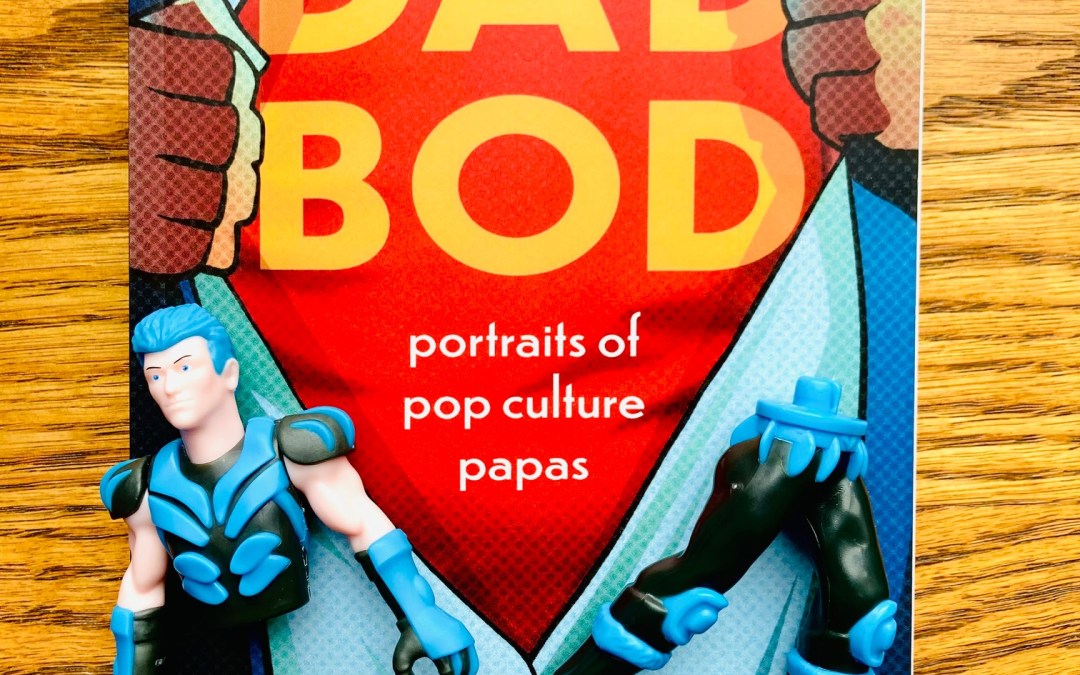 Before I dive into this book review, I’ll offer a definition for the term ‘dad bod’ as not everyone will be familiar with it. According to urban dictionary, “a dad bod is a male body type that is best described as ‘softly round’. It’s built upon the theory that once a man has found a mate and fathered a child, he doesn’t need to worry about maintaining a sculpted physique.” Despite this word’s focus on the external, what Cian Cruise dwells on in his first book Dad Bod is most definitely fixated on the internal mechanics of a Dad, and what makes a Dad a father. Was I the target audience for this book? Probably not, especially considering all the pop culture references to tv shows and video games I didn’t understand (I will remind you my favourite shows are Murder She Wrote and Golden Girls), but as a mother I did find the exploration of the father figure quite fascinating when considered next to the ideals of motherhood.

Dad Bod starts off with a memory; Cruise waiting in line at a movie theatre in -20 Celsius weather with friends to watch Die Hard, one of his favourite movies. With his wife due any day, this is most likely his last outing for quite awhile. Cruise admits that like so many of us, parenthood is a mystery until we become one ourselves (and for many of us, continues to be a mystery, because how do you know you’re doing it right?). He argues that the portrayals of fatherhood in movies, video games, and television shows shapes society’s idea of how a father should be, so he categories these distinct father types using examples from different media sources. He dissects lots of characters I’ve never heard of, but because he’s around my age, he also explores many I do know, including Homer Simpson, Indiana Jones’s Father played by Sean Connery, Peppa Pig’s Dad, the Dad in Calvin and Hobbes comics, and Johnny Rose from Schitt’s Creek. He also references male figures that aren’t Dads at all, like Sylvester Stallone in the Rambo movies, but still uses these figures as examples of how the expectations of men are shaped by pop culture portrayals.

I sound like a terrible wife when I admit this, but I rarely think about the challenges of fatherhood, and how men try to live up to the standards of being a ‘good man’ and ‘good father’. I have a wonderful father, so to me it seems easy, but of course that isn’t the case for everyone, and many men struggle with the idea of what a ‘good father’ is, including this author. Needless to say, this book offered me a brand new perspective I have never considered, so I’m grateful for that.

Surprisingly, the author admits that memories of his friends’ fathers helped shape his idea of fatherhood, in addition to the portrayals he absorbed from the big and little screen, but he never speaks about his own childhood with much detail. My assumption would have been that one’s idea of a father would come primarily from their own father (which Cruise does have, and was alive at the time of writing) but he rarely speaks about his own childhood. Instead, he is focused on outward examples of fatherhood, which shouldn’t be surprising considering he is a cultural critic, but it’s definitely a clear choice made in this book.

I’m not a big video game fan aside from the simple Nintendo games I played as kid, and then a bit in university back when I had time (how I miss those days!!!) so the majority of the references to games flew over my head, but he recounted a particularly compelling story that I read aloud to my husband as it was quite affecting. A very famous and successful video game producer uploaded a grainy, amateur video of himself that recorded his first reaction to the reviews of his big new project of which he was very nervous about. When he realizes the reactions are mostly positive, he lets out tears of relief, admitting how terrified he was to fail, and how happy he was that other people liked it. Apparently the description of that video was an explanation of why he had posted it; his young son never allowed him and his wife to see him cry, so he was trying to demonstrate the importance of showing emotions, that crying in front of others is simply part of being human. Don’t you love that story? I let out a great big ‘awwww’ when I read it for the first time.

What I appreciate most about this author is his acknowledgement that women have it much harder, and the standards are considerably lower for father figures then they are for mother figures. Of course he’s right, but he also points out that the standards for men are changing, of which he is also right. My husband does all the laundry in our house now that I’ve gone back to work full-time, and when I tell people that, they generally just nod their head because they understand I work full-time too, so why shouldn’t we share the chores? Imagine this was 1972, and I told people my husband did all our laundry – no doubt the reactions would be much different.

So this is a book I wouldn’t necessarily recommend to my local book club, but I’m sure I could put it into the hands of quite a few dads out there that would definitely appreciate this perspective. Yet another great Father’s Day gift idea too!