Book Review: All the Quiet Places by Brian Thomas Isaac 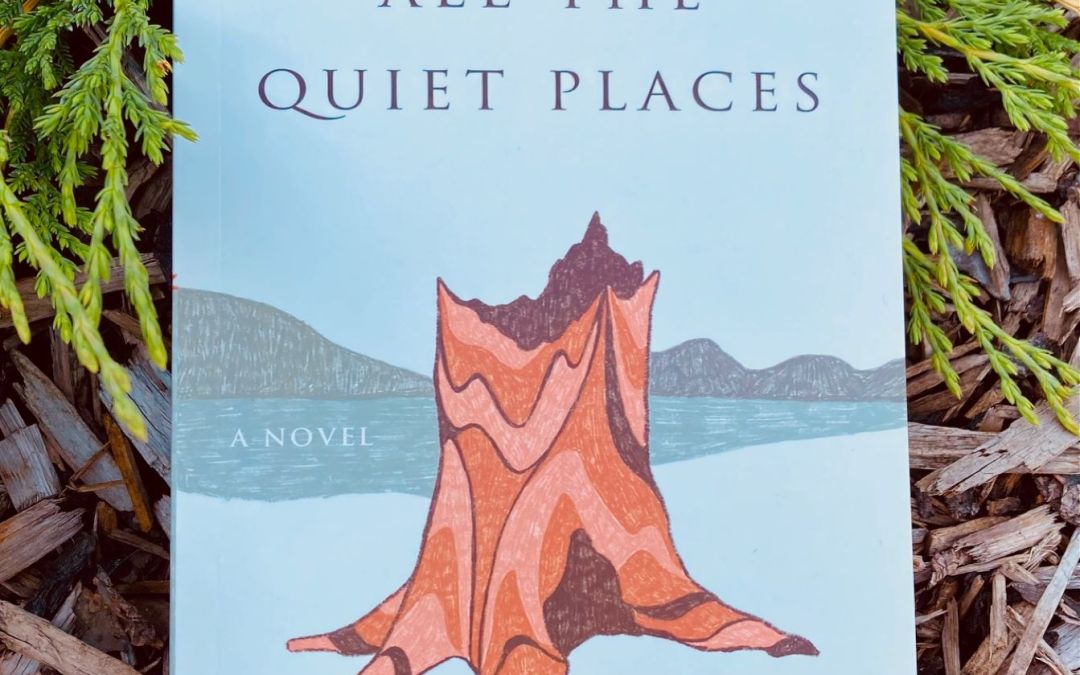 These past few weeks I’ve been checking my news feed every few hours, hoping for a break in the case of missing author Dawn Dumont and her son, and I’m happy to report she has been found safe with her son, in the U.S. There will be some difficult times ahead for them, as it appears she was fleeing from something, but I appreciate everyone’s concerned comments on my last post about this! While I was awaiting news of her disappearance, and in my own way honour her, I reached for some books on my shelf by Indigenous authors to read. All the Quiet Places by Brian Thomas Isaac is a coming-of-age story about a young Indigenous boy, Eddie. Its been nominated for numerous awards, and although it wasn’t a necessarily ‘happy’ book to lift my spirits, it reminded me of how resilient First Nations people can be, which in turn fed my hope that Dumont and her son will also find their happy ending.

Beginning in 1956, we follow young boy Eddie Toma as he lives with his mother Grace, and younger brother Lewis in the interior of British Columbia. Grace is a young mother, saddled with a difficult life she clearly resents, but is also doing her best with very little resources. They live in a small cabin with no electricity, and despite Grace’s complaints to the local Indian Agent, there is no sign of power lines until much later in Eddie’s life. Grace is well aware of the environment she is raising her kids in, and refuses to send her kids to the residential school that is routinely offered to them – instead her kids are bussed in to the local white school, where they are bullied for being Indigenous. Important to note that while being bullied is clearly not a positive thing, Grace is relieved her kids are bullied only by other kids and not the staff, which is the case in many residential schools, and she is keenly aware of that. As Eddie gets older he meets a young woman he falls in love with, and picks up odd jobs here and there to make some extra money and help supplement his family’s limited income. This is a coming-of-age novel that ends abruptly and on a bit of a cliffhanger, but for the most part, it meanders along in its descriptions of Eddie’s life and the various challenges he faces, all before graduating high school.

There is an ongoing tension in this novel between celebrating one’s Indigenous roots vs. embracing a colonial way of life and its subsequent technologies and conveniences. Eddie’s family is caught in an unfortunate spot that’s not quite situated in either camp; they are living on a reserve, but apart from many other Indigenous families, so Eddie doesn’t have any other Indigenous friends aside from his brother. They live in a house, but it has no electricity or running water, so Eddie uses an outhouse before heading to school with kids who have bathrooms in their houses – a simple difference, but a stark one nonetheless. Eddie’s grandmother, who lives on the same reserve very close by, is one of the few people he feels a strong connection to, and she ensures he remains connected to his Indigenous knowledge and background through their fishing trips together. But going into town and seeing how other people live is one of Eddie’s favourite things to do, and these trips into Vernon are exciting occasions for most of his family. Unfortunately these trips also signal a dangerous opportunity- it’s when Grace, and for a short period their father, drinks heavily, returning to their family cabin drunk and resentful of their poverty.

As I was reading, I experienced a gamut of emotions, sometimes alongside Eddie, but more often than not a feeling of foreboding (on my part) accompanied many of the new situations he found himself in. When the book begins and Grace explains to the Indian Agent why residential schools are dangerous places (therefore not sending her kids), I felt an incredible sense of relief, because back then, many families didn’t have the choice, and I knew the book would have taken a much darker turn if that’s where Eddie ended up. Instead, the obstacles he faces are ones that are common to many racialized young boys at that time, and the author even introduces a young black boy into Eddie’s school to compare their experiences. Near the beginning of his schooling, Eddie throws his yellow lunch pail into the bushes out back so his mother would be forced to buy him a new one, but she finds it, scolds him, and explains why they can’t afford the one he wants (one with a picture of cowboys shooting a stagecoach). It’s a common problem that many kids face, even today.

Eddie’s struggles are not depicted as specific to an Indigenous person, but racism and poverty play a major role in the obstacles he faces as he grows older, so Isaac’s plotting and storytelling is surprisingly relatable to most, which likely explains the popularity of this book.