Book Review: The Orphan of Cemetery Hill by Hester Fox 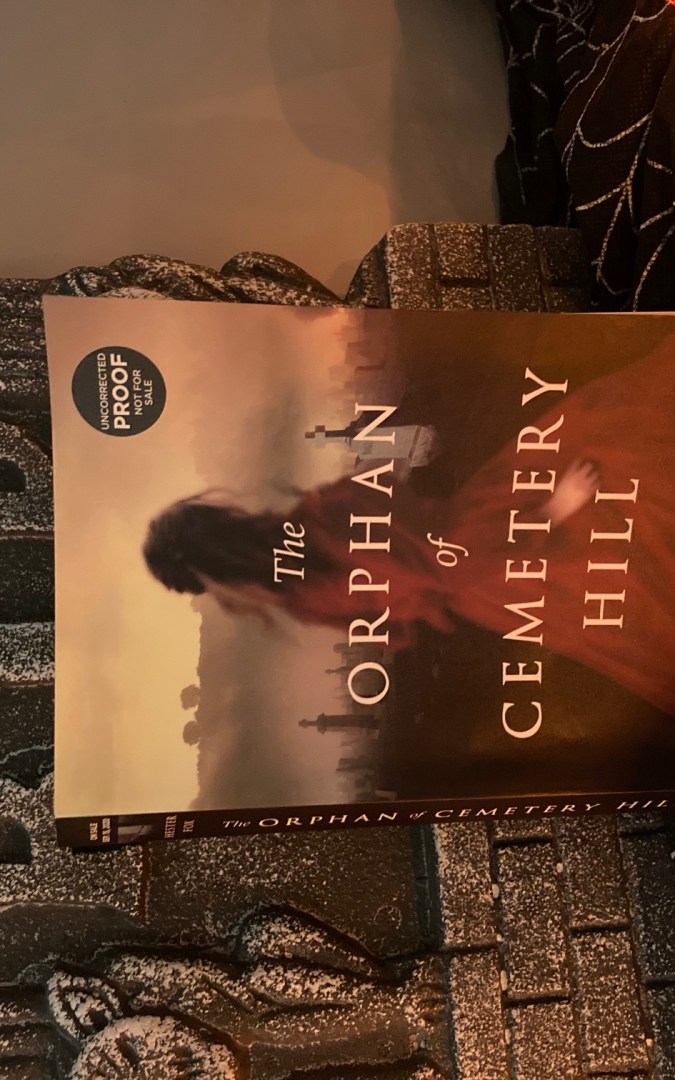 As I continue to read through my recently-released spooky books for Halloween collection, I’m treated to a wide variety of genres that incorporate elements of horror into their narratives. Today’s novel, The Orphan of Cemetery Hill by Hester Fox leans heavily into the historical fiction arena, with a healthy dose of supernatural to allow this book a place in my October lineup. Although the cover is quite eerie, it suggests a story scarier than what’s found among the pages. This book is mildly creepy with a focus on romance , and for those who can’t wait to get to November 1st, it’s a comfortable middle ground.

It’s 1844, and our protagonist Tabby is living in a tiny apartment with her adopted father Eli. He is a caretaker of a local cemetery that’s struggling to fend off grave robbers. As a young child Tabby was separated from her only sister Alice shortly after their parents died when they fled the abusive care of their aunt and uncle. Alice is the only other person that knows about Tabby’s special ability to speak with the dead, until Tabby falls in love with a rakish young gentleman named Caleb and admits to him her secret. However the situation is complicated because Caleb is betrothed to another woman Rose who is found murdered shortly after Tabby and Caleb share a quick kiss. So while Caleb sits in jail awaiting trial for that murder, Tabby devotes her attention to proving his innocence. After communicating with Rose in the afterlife, Tabby discovers who the real murderer is, but finds herself unable to prove it to the police. What follows is an extended adventure that crosses oceans, all set against the backdrop of the spiritualist movement that gained popularity at that time in history.

So an interesting little tidbit about this book is that it’s published by Harlequin books, the (Canadian!) romance publisher, owned by HarperCollins that’s responsible for all those mass paperbacks at the grocery store featuring shirtless men and swooning women. What most people don’t know is that Harlequin is one of the most successful publishing houses in the world, and they are continually releasing different genres within the broader romance category. They have successfully created a spectrum of romance novels, ranging from chaste romance to raunchy relations. There is no sex in this book, but it’s definitely a love story with strong undertones of gothic horror. Fox was able to mix all these elements equally to create an entertaining read that I looked forward to picking up. Was the characterization in-depth and believable? Not always, but I enjoyed it nonetheless.

The more I read about the spiritualist movement, the more intrigued I am by it. Tabby and her sister Alice were used by their evil aunt and uncle to manipulate people into paying for séances, but because Tabby actually could communicate with the dead, their situation was vastly different than most of the fictional accounts I’ve read about that period. In the 1800s, death would have seemed much more unexplainable and inevitable considering the primitive level of hygiene most people had access to, and this was before antibiotics were discovered so simple infections could easily become deadly. Within these circumstances, it’s no surprise people a) believed they could potentially ‘cross to the other side’ and b) want to do so. It’s an era that is ripe for fictional re-telling because the gloomy atmosphere is the prefect backdrop of many kinds of stories. Fox is clearly aware of its allure, as she sets most of her pivotal scenes either in a cemetery or during a séance (or attempt at one).

A book like this is best enjoyed if you simply enjoy it for what it is. When I found myself questioning character motivations or minor plot points, I realized that sorting through the minute details of what happened why and when was a pointless task that detracted from the overall experience of reading it. If you pick up this book expecting to be absorbed by a unique love story set within a compelling time period you’ll be happy you did, just don’t expect it to ‘stick’ with you for long afterwards.