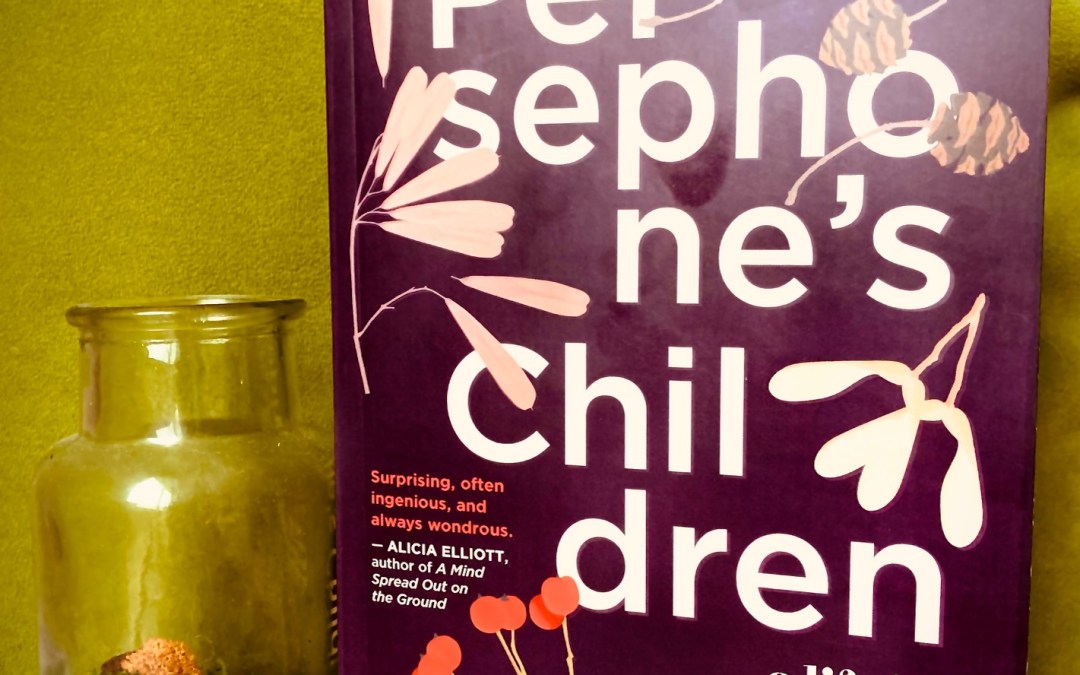 A crossword puzzle, a packing list, a script for a play, a journal of writing prompts, real estate listings, a dictionary, a legal contract, a grimoire, and a tree atlas – all of these writing forms and more are included in the book Persephone’s Children, a Life in Fragments by Rowan McCandless. The best way to describe this book would be creative non-fiction, but in the simplest sense, it’s the story of her life, more specifically, the more difficult parts of it. While reading I approached each section as it’s own work, sort of like a collection of short stories, which is the recommended style of reading – to each their own.

Rowan is a Black biracial woman living in Manitoba, Canada, in the midst of healing herself after escaping an abusive relationship. Through these different pieces and formats, she works through the trauma of her childhood, her failed marriages, and the depression that has taken hold of her since leaving her last relationship. Each section offers a different lens in which to view this last toxic relationship and her efforts to separate herself physically, emotionally, and mentally from this man, a therapist she calls “M” who gaslights her on a regular basis, leaving her a shell of her former self. There are a few pivotal situations she revisits throughout the book; her drive from Winnipeg to Calgary to see her daughter after her difficult labour where she almost dies, the day she secretly moves out of her shared house with M and into a rental; the cruel words her father says to her when she tells him about her unplanned pregnancy as a young woman, and her Sunday routines as a child which involved going for a long drive with family than visiting grandparents. What connects these occurrences are the imprints they leave on her psyche, molding a woman that struggles with an eating disorder, loves her three daughters fiercely, and eventually finds writing as a radical act of freedom.

Like I mentioned above, it’s important you begin reading this book with the expectations that there are multiples access points into one situation. A certain comfort level with experimental writing would also help, and I think poetry lovers in particular would also love this one. There is no linear narrative to follow, we jump back and forth through time with Rowan, but this does not detract from the impact of her words – instead it forces us to slow down and really examine the patterns and links she is making, even when it may not make immediate sense.

There are multiple layers of trauma that are unpacked in this book, all starting with the intergenerational trauma of slavery that as a Black woman, destabilizes her life before it’s really ever begun, having been born to both a black and white parent. From there, she explores the challenges of being a black woman with an eating disorder. One white woman in a support group complains:

“Women of colour have it so much easier. They’re ok with their bodies – having bigger bodies. They don’t have the same pressure to look a certain way, to be thin. It’s harder for white women, all this pressure to be thin.”

Ignoring the terrible selfishness that would prompt a white woman to complain about how much easier black women have it (read the room!), I have no doubt this stereotype does exist. And of course it’s not true, in fact a book I read recently is all about a black woman’s struggle with an eating disorder, but I digress.

In addition to the challenges she faces as an adult, there is reference to a sexual assault occurring in her childhood, as well as her abusive relationships in adulthood. Many of these memories linger and haunt her, overwhelming her into depression, but joining some community writing groups and classes seems to be the antidote to much of her pain. Interestingly, her newfound safety in writing does not take up as much space in these pieces as her pain does – yet she does not come across as a weak person. This isn’t supposed to be a memoir of resilience, or the antidote to depression; it’s a meditation on the difficult stuff, and the art forms that allow us to view these hardships in different ways. She doesn’t have the answers and she’s not meant to, which is what makes this thoughtful book so powerful.